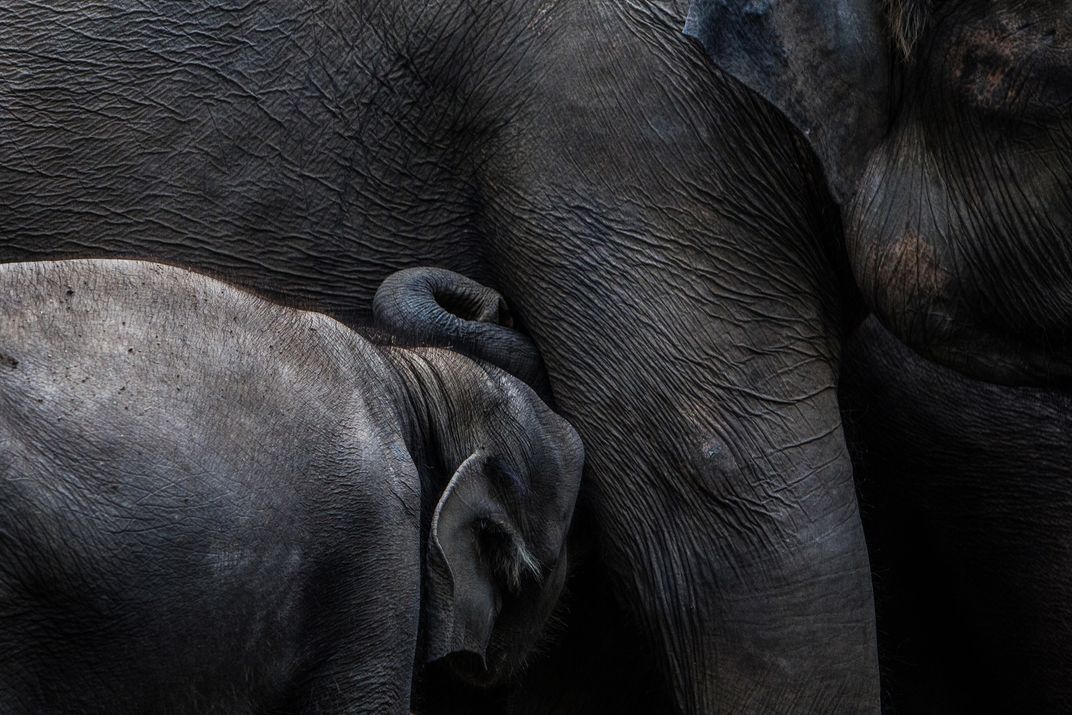 Baby sumatran elephant suckling at conservation in Indonesia. In 2012, the Sumatran elephant was changed from “Endangered” to “Critically Endangered” because half of its population has been lost in one generation a decline that is largely due to habitat loss and as a result human-elephant conflict. Sumatra has experienced one of the highest rates of deforestation within the Asian elephant’s range, which has resulted in local extinctions of elephants in many areas. Over two-thirds of its natural lowland forest has been razed in the past 25 years and nearly 70 percent of the Sumatran elephant’s habitat has been destroyed in one generation.