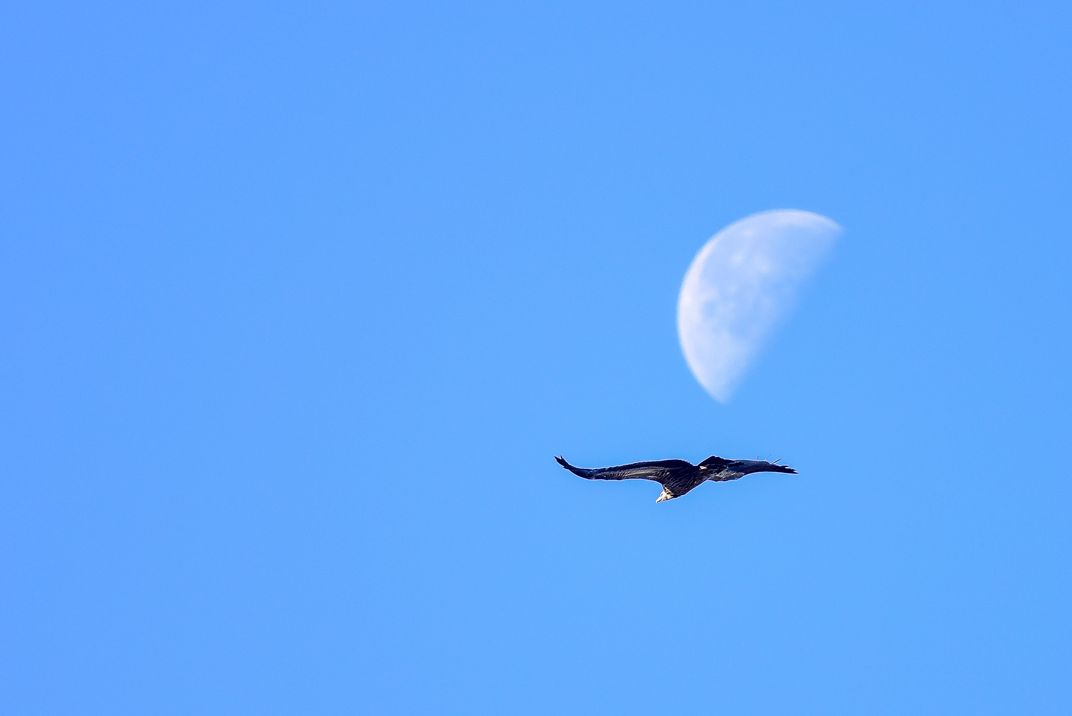 This vulture species is found in the Himalayas and adjoining places. Before I notice this frame, I was following a flock of small Himalayan birds. When I reached an open place doing so, I suddenly noticed one Himalayan vulture was flying above, and then I noticed the moon actually. And this frame popped up into my mind, although the vulture had already flown away from the moon by that time. After some time, another vulture came flying but it didn’t flew by the moon, hence I had to wait for a similar flight (like the first one) by another vulture. The third one also didn’t give the desired frame. Then the fourth vulture came into scene after a brief pause and flew across the moon. In this image, presence of the moon has given the image a mystic touch, and the vulture, as if, playing the role of some kind of link between Earth and the Moon.