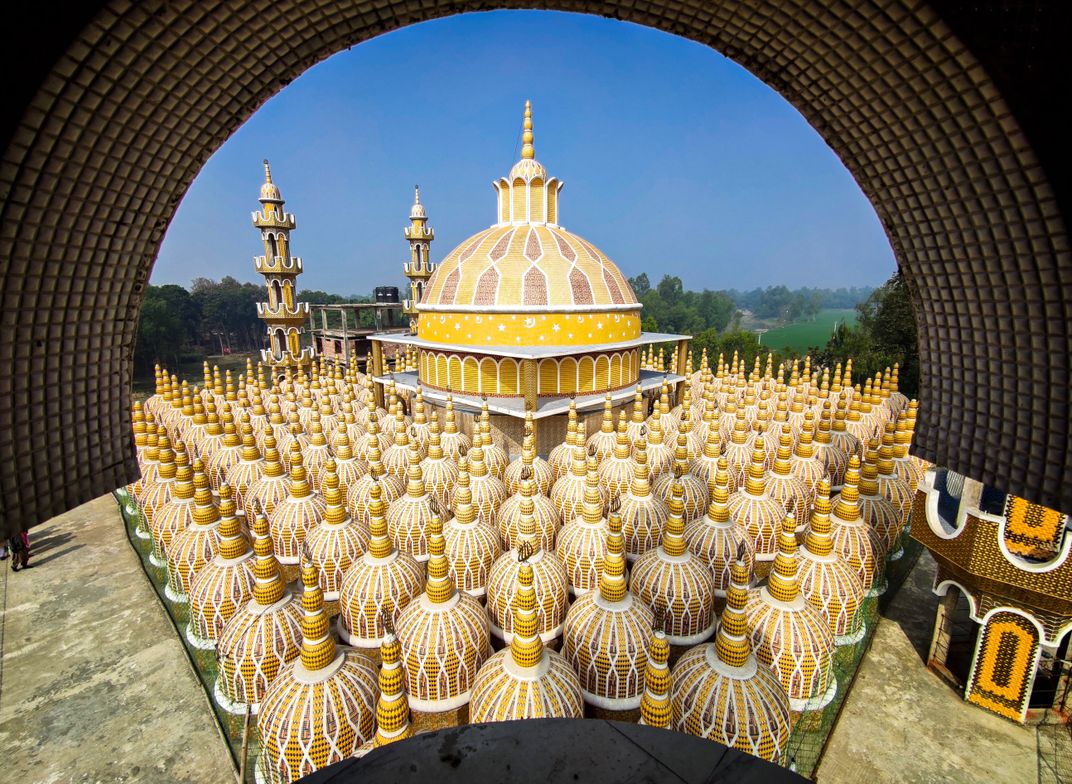 The 201 Dome Mosque is a large mosque under construction in South Pathalia village, Bangladesh. Construction of the mosque began in 2013 on 15 bighas of land on the east bank of the Jhenai River in South Pathalia village, Nagda Simla Union, Gopalpur Upazila, Tangail District, Bangladesh. It is being built by the Heroic Freedom Fighter Mohammad Rafiqul Islam Welfare Trust. The estimated cost of construction is BDT 100 crore ($12.3 million). The mosque is expected to have a capacity of about 15,000 devotees. The mosque is a square building. There are four 101-foot (31 m) high corner towers, and four shorter 81-foot (25 m) high towers at the corners of the square space covered by the 81-foot (25 m) central dome. The central dome is surrounded by 200 smaller 17-foot (5.2 m) domes. An adjacent 451-foot (137 m) high minaret is planned immediately to the southwest. It is expected to be the highest minaret in Bangladesh. The western wall of the mosque will be inscribed with the entire Qur'an. In addition to the main worship space, the mosque complex will house an orphanage, an elder care home, and a hospital with free treatment. The complex will feature a helipad in order to host dignitaries.