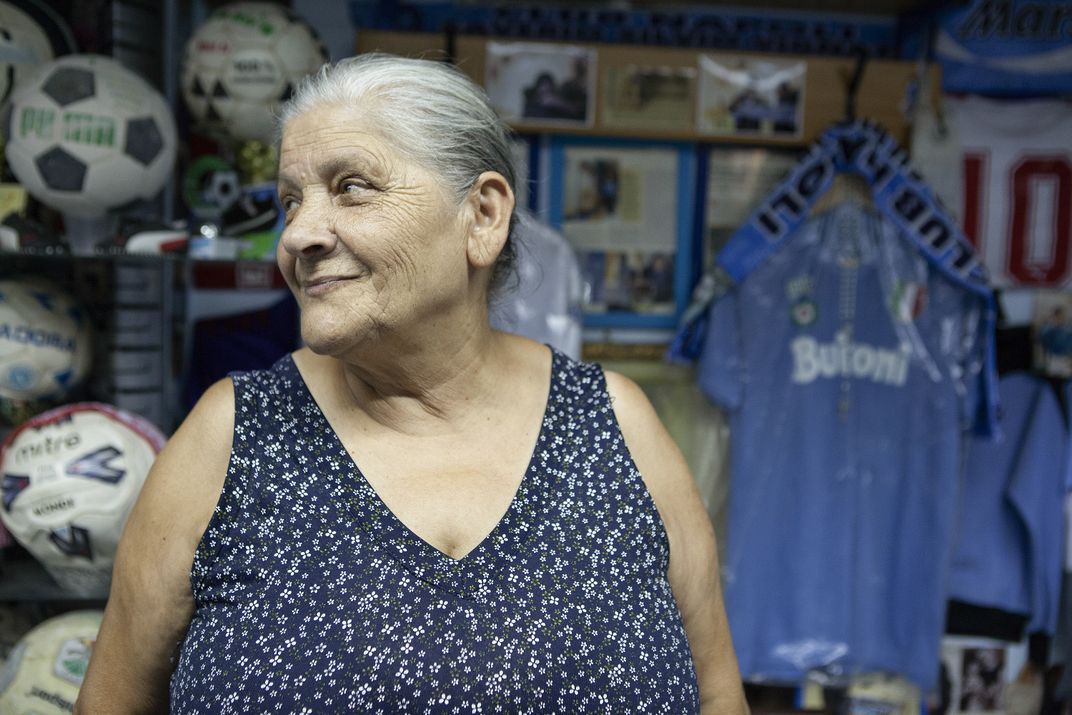 Mrs. Lucia Rispoli surrounded by the objects displayed in the "Club Napoli Saverio Silvio Vignati - The story continues" house-museum in the Miano district. Lucia, 75 years old and 11 children, has been cook and housekeeper of the Maradona house during all his Neapolitan years. She and her husband Saverio Silvio, who for over thirty years was the custodian of the San Paolo stadium and the Napoli locker room and after whom the fan club is named, were figures very close to the player in his most intimate sphere; a large family, humble and united, with which the champion has always had a special relationship. A relationship made up of esteem, respect and sincere affection for what Maradona still today calls «My Neapolitan mum». Naples, Italy. August 2020.