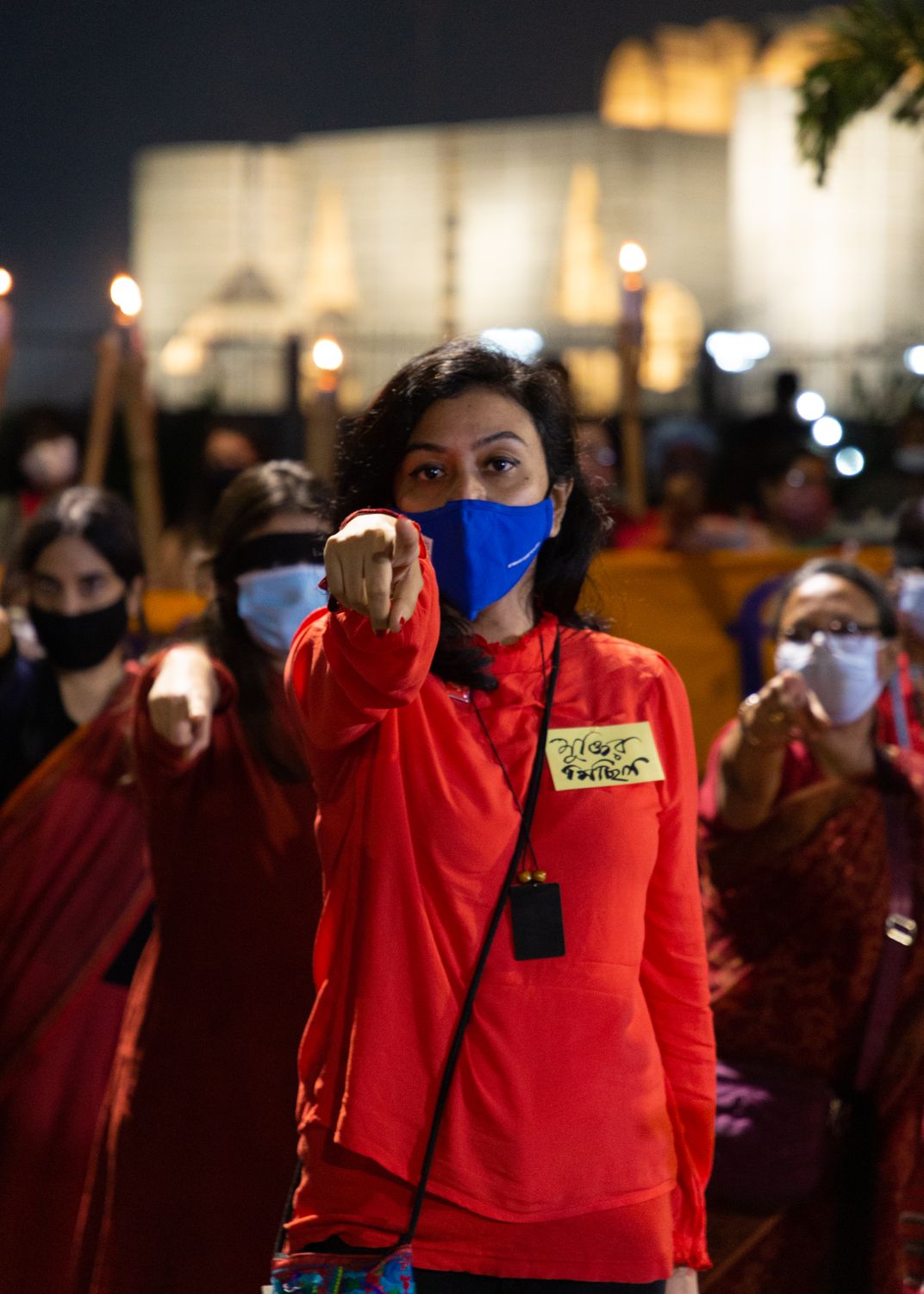 "Feminists Across Generations" are an intergenerational feminist alliance that brings in activists and other individuals under one platform to stand up against gender-based violence and abuse against women in Bangladesh. In light of the growing gender based violence the alliance came together on 10th October 2020 and organized a protest march, "Rage Against Rape", in front of the national Parliament building in the capital Dhaka. And subsequently arranged another "Torch Rally" on 25th November 2020. Protesters translated the famous Chilean protest performance "A rapist in your path" in Bengali and performed it during the protests. In the photo performers are seen with motions with the verse "And the rapist IS you (তুই ধর্ষক)" on the backdrop of National Parliament House, Dhaka, Bangladesh.