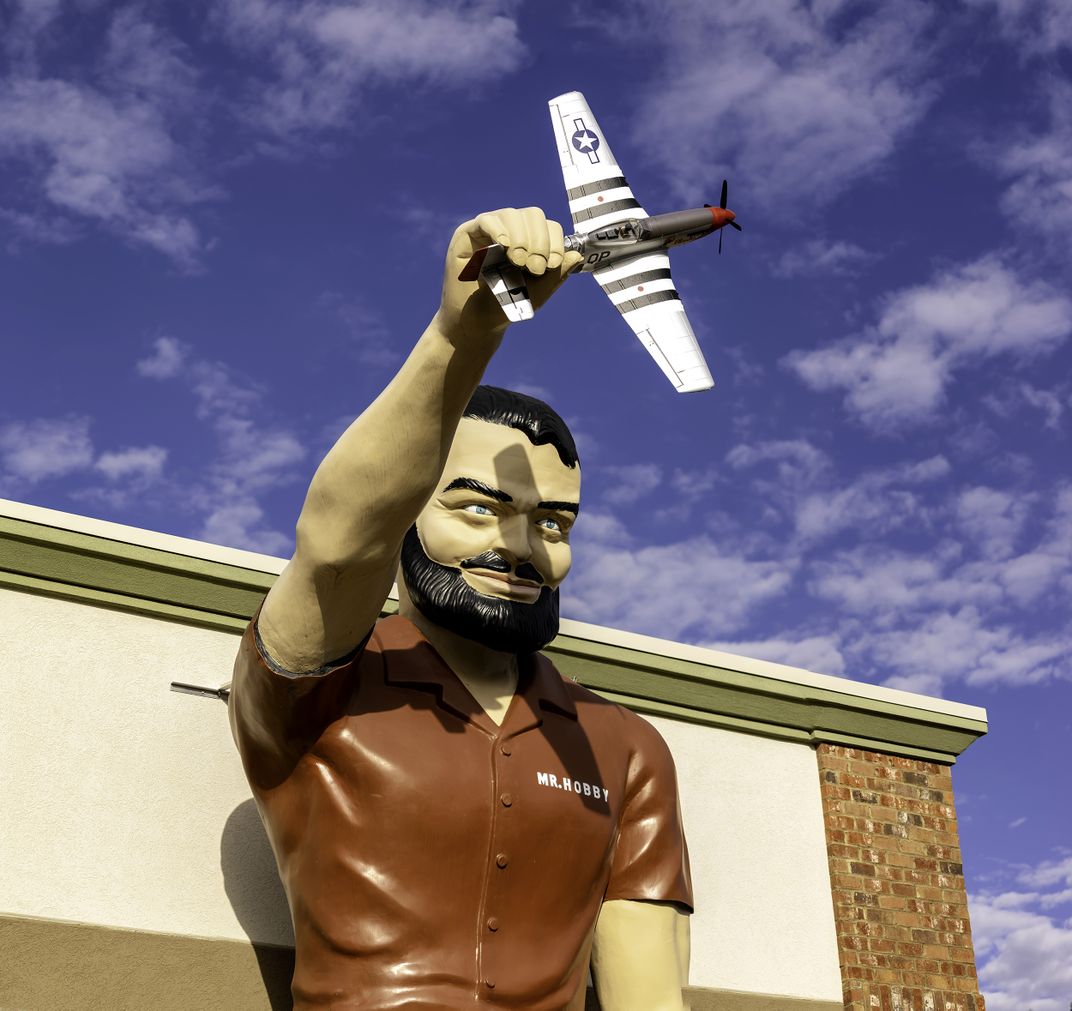 Muffler Men, as they are known in travel parlance, are a series of fiberglass figures made in the 1960s and 1970s that cast iconic American folk heroes as business mascots. The mold was made to have interchangeable parts so that the head, the arms, and the hands could portray different characters and advertise various roadside services. These figures have held axes, mufflers, rifles, and rockets to help attract motorists with all-American advertising audacity. Such tall figures were needed because the interstate highway system removed travelers from the older state routes. Over time, the novelty wore off and many degraded in back lots or junkyards. Recently, a renaissance of sorts has pulled the figures from their obscurity and placed them back into use as throw-back signage, sports mascots, and museum displays.