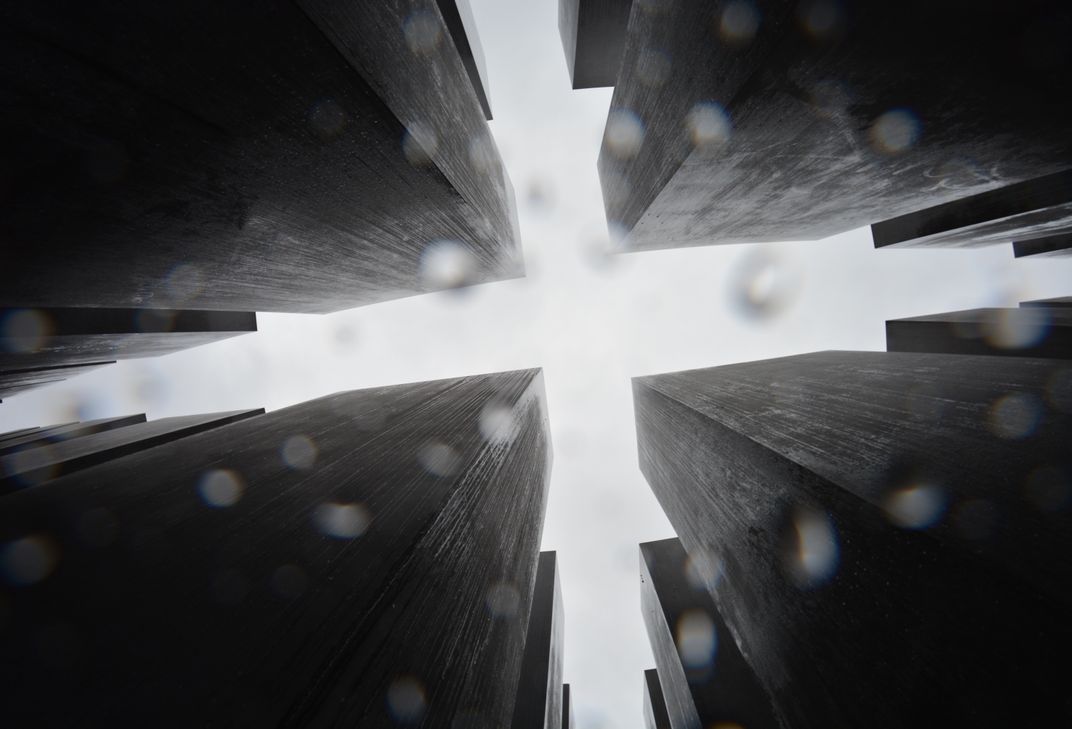 This is a picture that I took in Berlin at the Holocaust Memorial, or Memorial to the Murdered Jews of Europe, on a day when I hoped to capture what I think is the crucial meaning of the memorial, that the World as a whole, and Europe and Germany in particular, entered into a time of collective madness and despair. That is why I wanted to take the picture from the deepest point looking up to the sky, to capture as much darkness of the Memorial as possible.