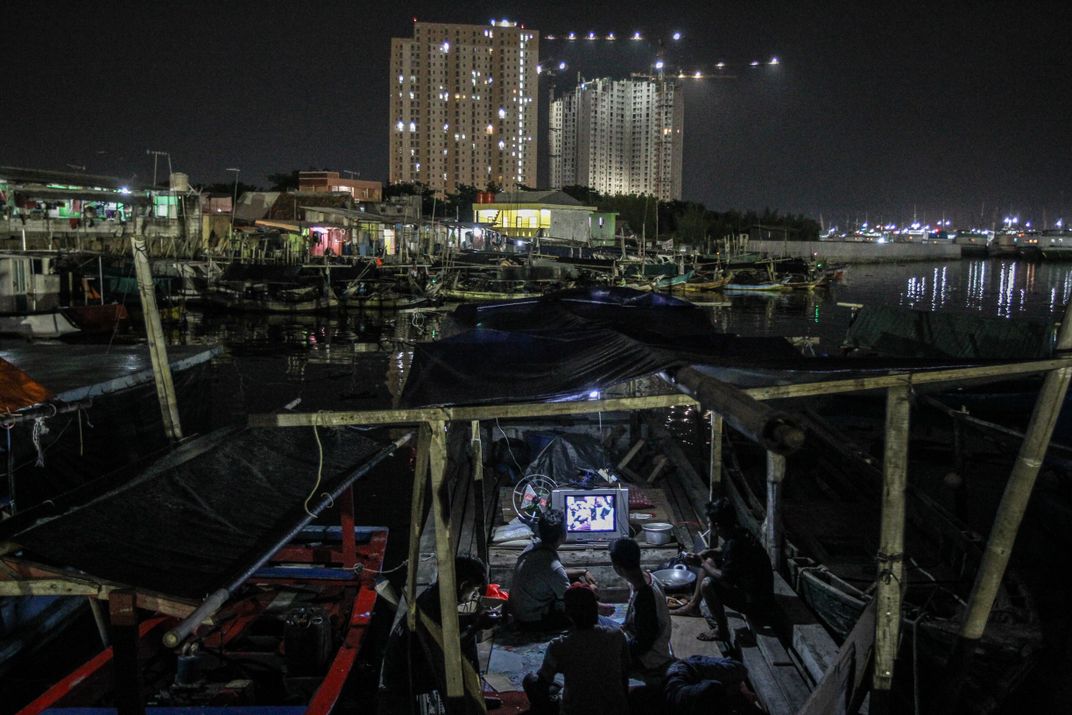 Fishermen family watching TV on traditional boat in Luar Batang fisheries village, Jakarta on April 20, 2016. Ten days after the Government of Jakarta demolition Luar Batang fisheries village, fishermen and their family stayed in traditional boat and their debris house. The government plans to The Jakarta Bay reclamation project has become controversial after a bribery case concerning the mega project came to light, and demonstrations against the project were staged by fishermen and the urban poor affected by it.