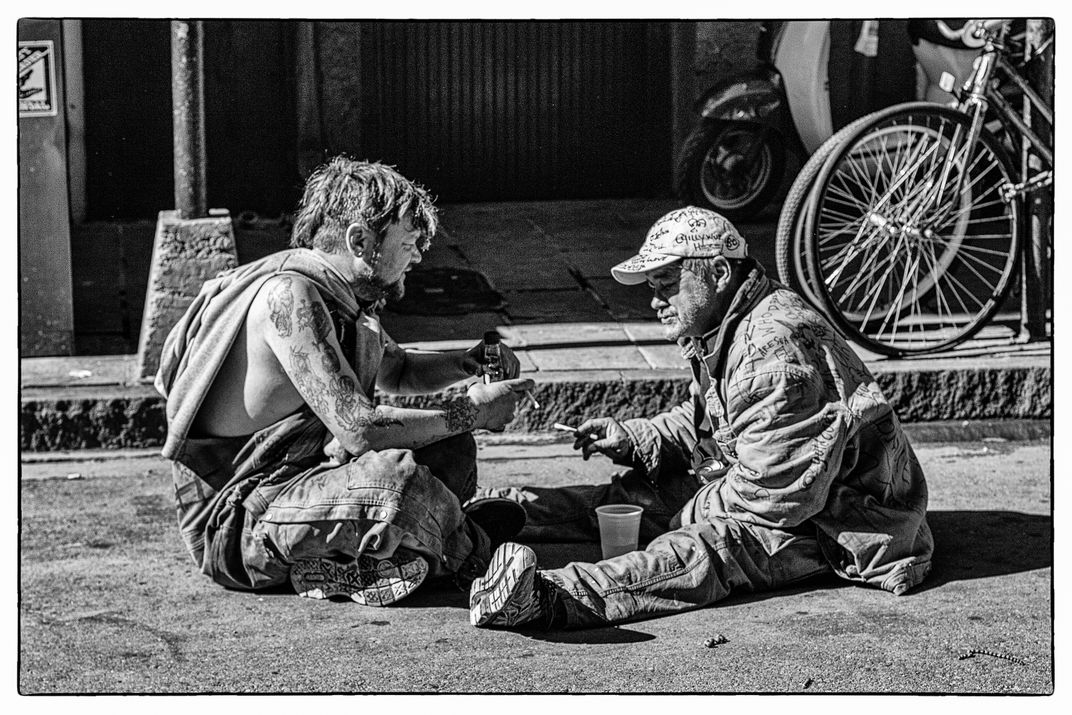 In the middle of all the activity in the French Quarter at Mardi Gras, these two apparently homeless gentlemen were simply living their lives - rather oblivious to the outside world (including me with my camera). Unlike many of the homeless, the con men and the tourists - all with an agenda of sorts, these two seemed content to merely have a genial discussion. I was moved by the naturalness of it all on one of the most plasticized streets in the world. I felt rather uncomfortable shooting the image in that I was intruding upon their personal space. This very public world was, in essence, their de facto living room with one heck of a large picture window!