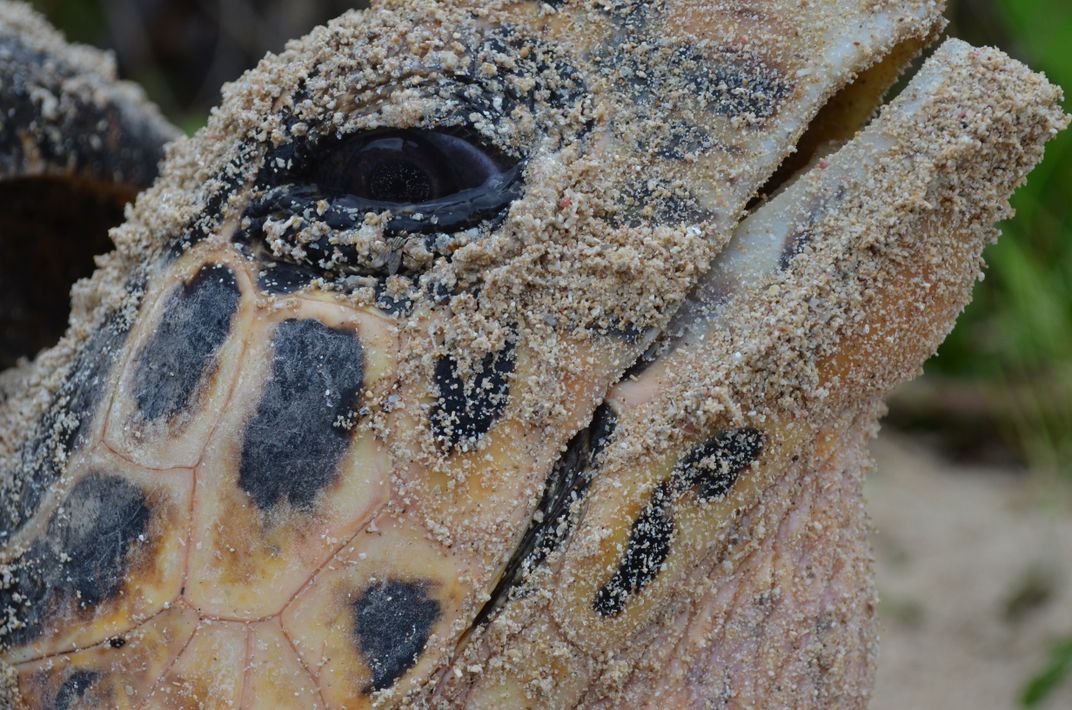 This photo shows the emotion and struggle of a Hawksbill sea turtle laying her eggs. I was working on the Zapatilla cays off the coast of Panama on a project focused on sea turtle conservation. After making my morning rounds working on turtle nests I came upon a Hawksbill climbing up onto the beach. Hawksbills usually nest at night so this was a rare moment. I held my distance as she came up and began to work on her nest. Once she was settled and began to lay her eggs, I began to take pictures of her. I wanted the image to speak for the Hawksbills and their struggle as a critically endangered species