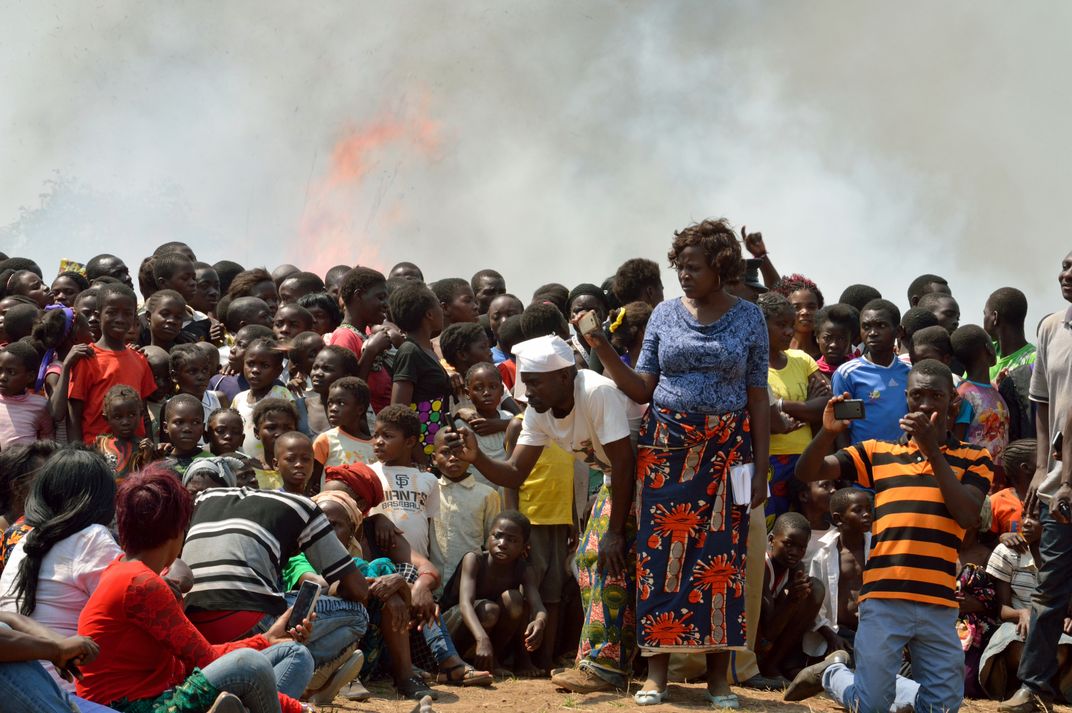 Mutomboko is one of the biggest and most significant ceremonies in eastern and southern Africa, although beyond the region it´s nearly unknown. It is held by the Luba-Lunda people from Kazembe state in Mwansabombwe/Kazembe, northeastern Zambia. People are coming from all over the country and even from neighboring DR Congo. Mutomboko is the war dance of the Luba-Lunda, danced by the king Chief Mwata Kazembe at the end of two days of rituals and paying homage to the ancestors, dancing and chanting. On the first day around noon a convoy accompanied Chief Mwata Kazembe to the Battleground of Ketele north of Mwansabombwe where he paid homage to the ancestors. Afterward he watched dance performances out of a reed hut while the hundreds of people in the audience as well as the dancers were out on the glowing sun at noon with a fire in the back. The fire has been started intentionally by the royal guard with breechloaders. The woman taking pictures with her phone is working for the Zambian news.