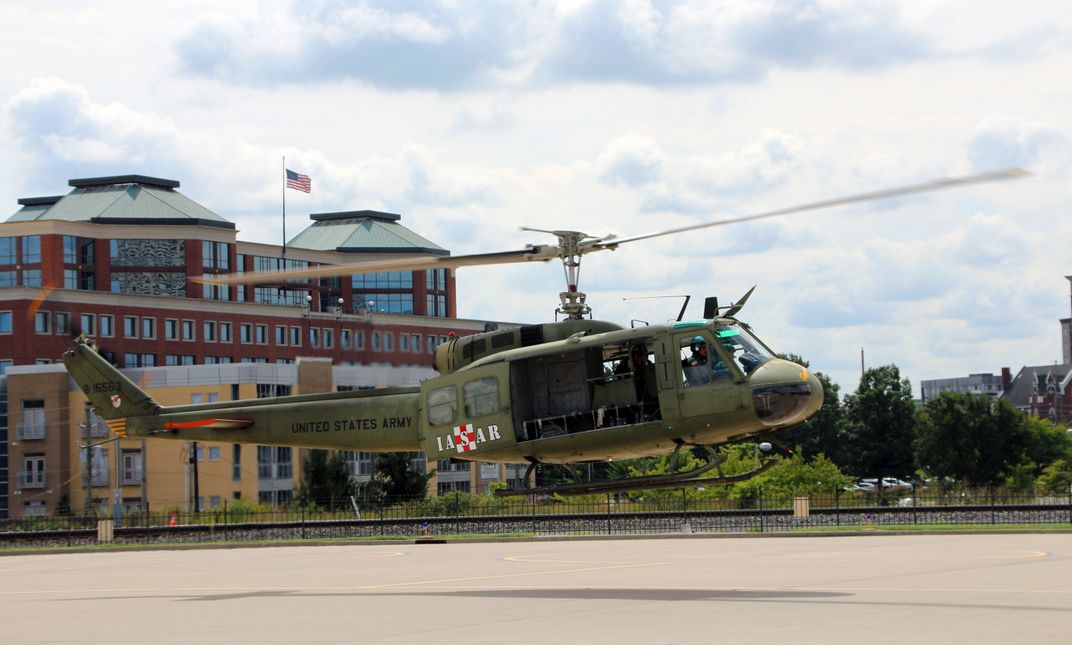 Lift off of the Indianapolis Air Search and Rescue (IASAR) huey helicopter from the Indianapolis Downtown Heliport. The helicopter is a fully restored Vietnam era Huey UH1. It was hired this particular day by the Black Cat Association to fly United States Army Veterans and their families who were attending a reunion of the 282nd Assault Helicopter Company. The 282nd was activated at Fort Benning, Georgia on 7 October 1965 and the Company's personnel, aircraft and equipment deployed, arriving between May and June of 1966 at Marble Mountain Airfield in Da Nang, Republic of Vietnam. Huey's were used as a troop transporter, for close air support and for medical evacuation.