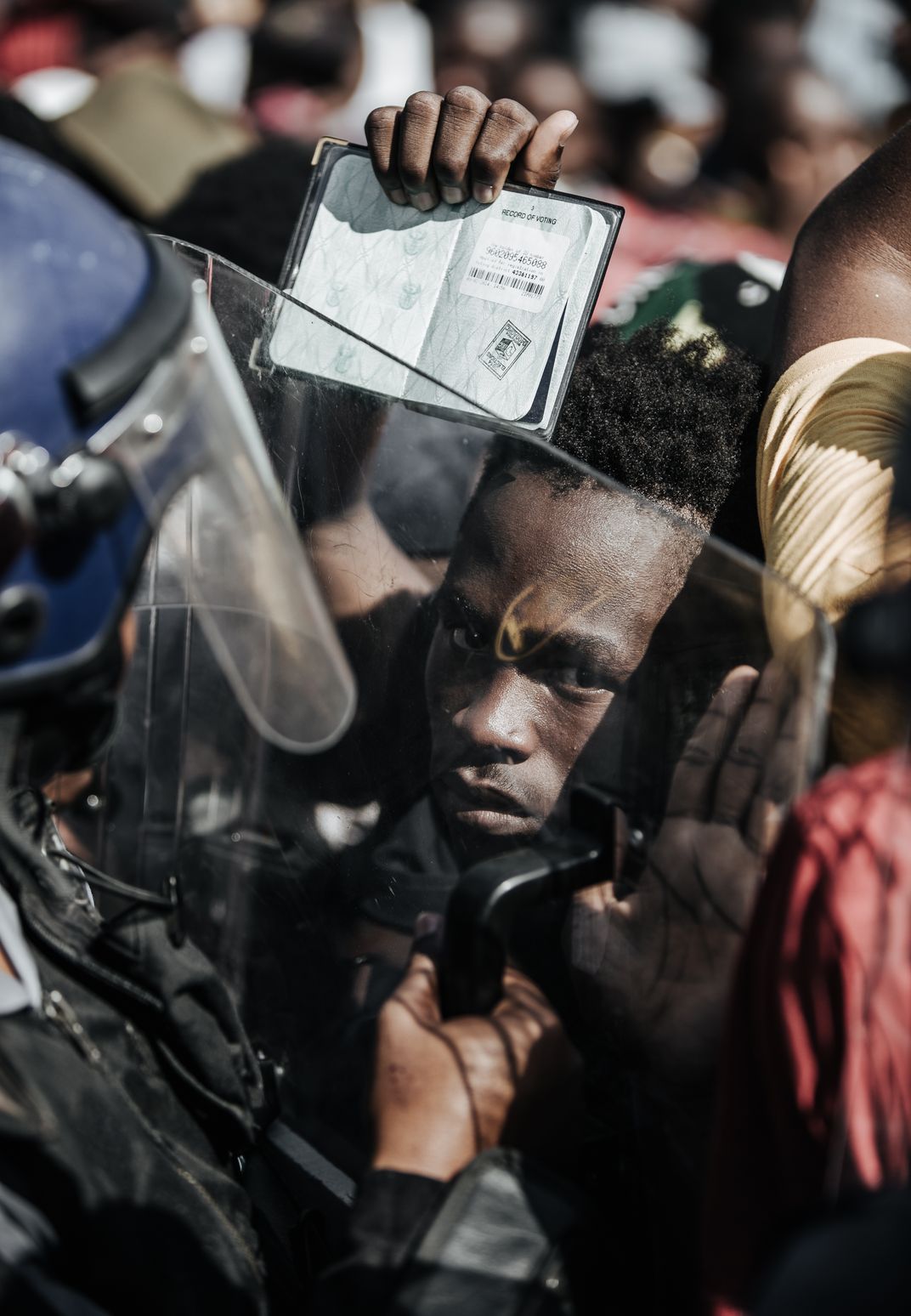 The picture depicts a student from the University of Kwazulu-Natal, named Mandla Mbuyisa, who took part in the #FeesMustFall protest at the Union Buildings in Pretoria, South Africa on 23 October 2015. This protest came about in response to South Africa universities announcing a massive tuition fee increase for 2016. As many students in South Africa are poverty-stricken, they cannot afford to pay any more for tertiary education. What's more, the ruling government in South Africa promised free education for all before it came into power. The student in this photo is showing a "proof of voting" stamp in his identity document while being held back by a riot police barricade. The message he is trying to send to the government through this gesture is: "I voted you into power, so give me the opportunity to be educated."