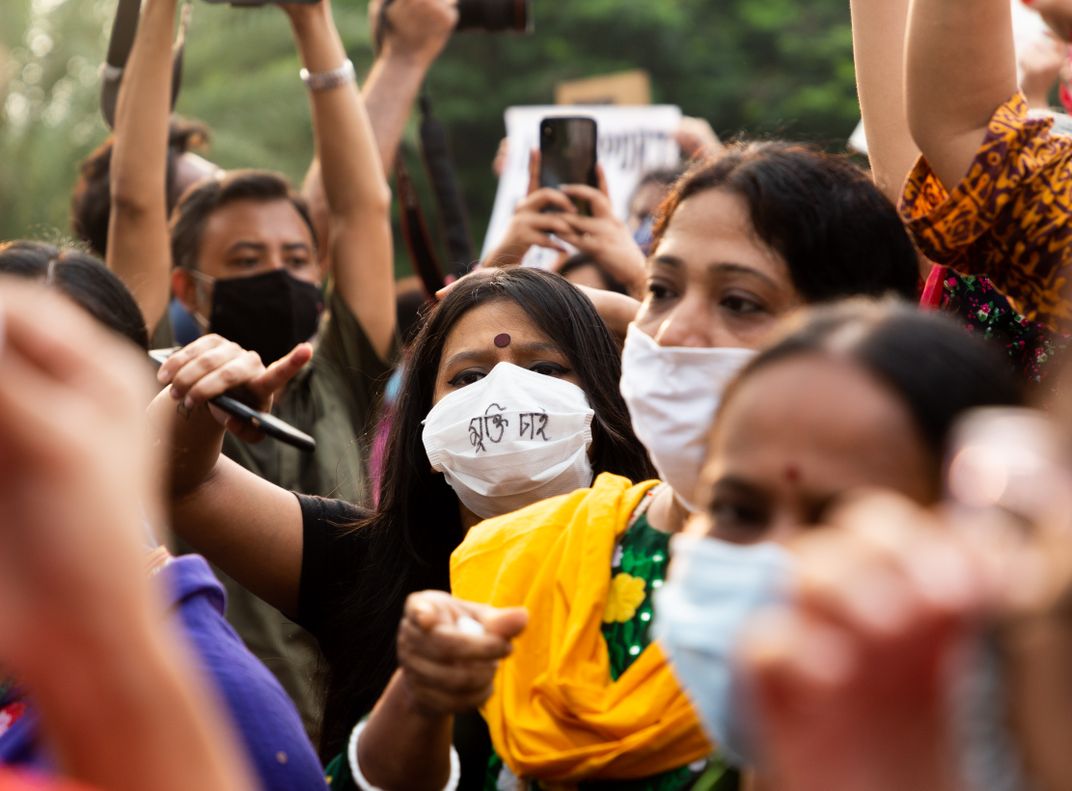 "Feminists Across Generations" are an intergenerational feminist alliance that brings in activists and other individuals under one platform to stand up against gender-based violence and abuse against women in Bangladesh. In light of the growing gender based violence the alliance came together on 10th October 2020 and organized a protest march, "Rage Against Rape", in front of the national Parliament building in the capital Dhaka. In the photo, activist and co-founder of "Swayong.org", one of the member organizations of the alliance, chanting slogans in a mask with "I want Freedom" written on it, along the line of the theme of the march "We don't need saving, we want freedom".