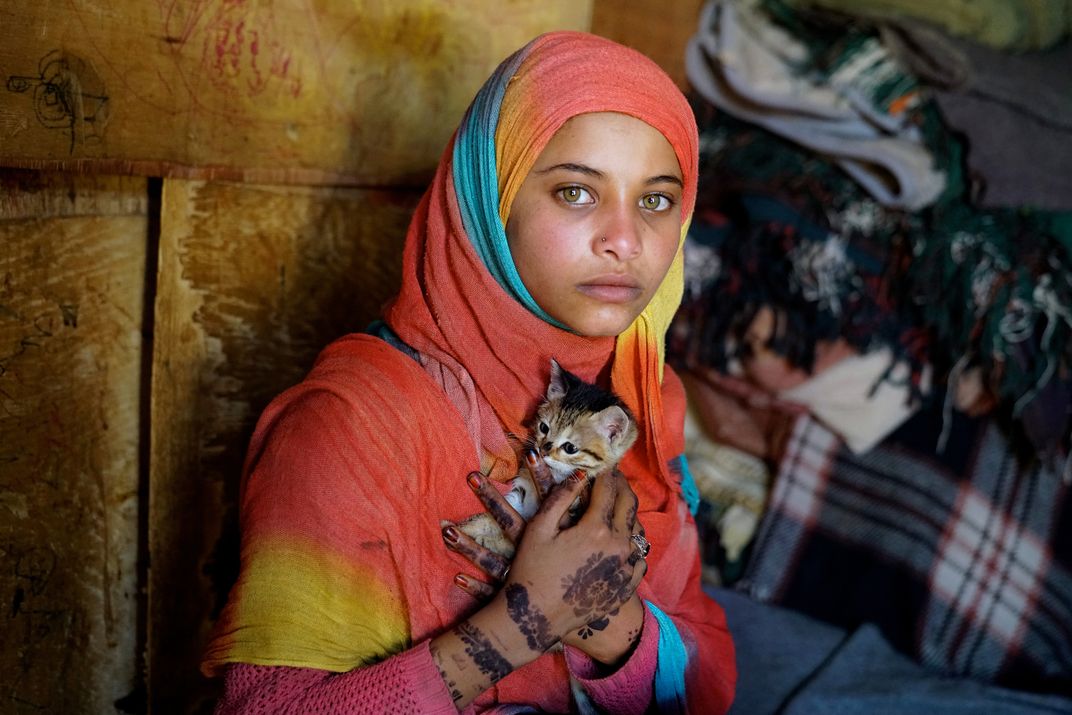 KHAMIR IDP SETTLEMENT, AMRAN GOVERNORATE, YEMEN - 14 APRIL 2017. Ibtissam, a 15-year-old orphan girl lives in a ragged tent with her 7 siblings, in an IDP settlement in Khamir, about 100 km north of the capital Sana'a. The settlement houses more than 400 internally displaced families. Ibtissam fled here from the northern city of Saada. Her father was killed when her hometown was attacked in 2015 and her mother died of a stroke shortly after. Together with her brothers and sisters, Ibtissam was evacuated from Saada by an uncle and aunt. They have been living in this IDP settlement in Khamir ever since. Ibtissam and her siblings are among the more than 3 million people who have fled their homes in search for safety and security since the escalation of the conflict in 2015.