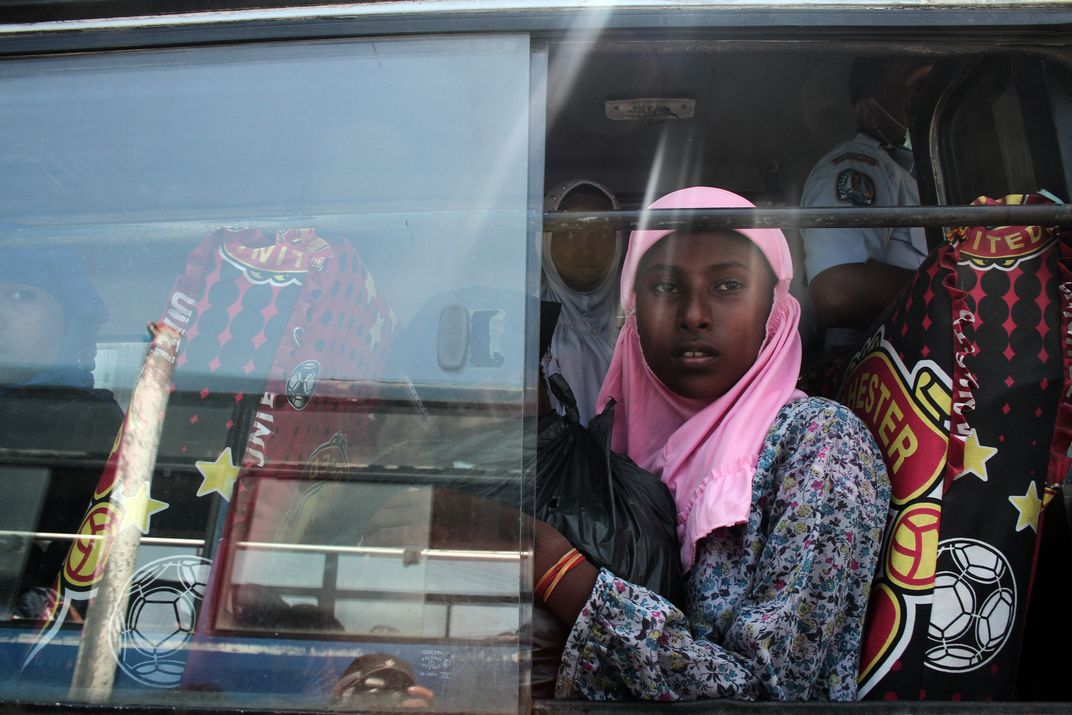 Women Rohingya sitting in a bus is available to be moved from temporary shelters in Lhoksukon, Aceh, Indonesia on May 13, 2015 after a total of nearly 1000 migrants were transferred by the Indonesian government from sports stadiums government, thousands of Bangladeshi and Myanmar member Musilm long-persecuted Rohingya minority does not seem to have a place to go after the two Southeast Asian countries refuse to offer protection to cargo ships were found stranded on the island of Sumatra on Sunday rescued from a boat off the coast of Aceh.