Home People In A Distant Land 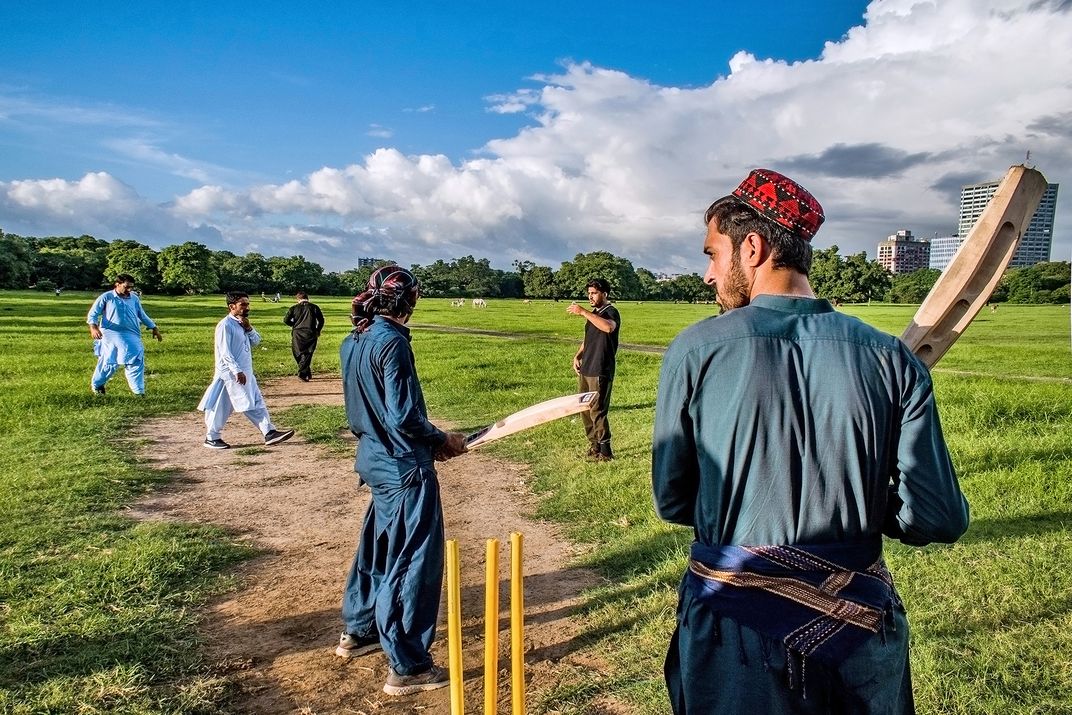 This photograph shows a group of Afghans of the Kabuliwala Community playing cricket in the Maidan area of Kolkata, India. This image was captured on 22nd July 2021, the day after Eid celebrations, as little did they know what was awaiting their fate. On the 15th of august, Kabul, the capital of Afghanistan was captured by the Taliban seizing the country under their rule. Kolkata is home to several Afghans, more popularly known as 'Kabuliwalas', which translates to "men from Kabul". The distance between Kolkata to Kabul is 2,288 km. They have been coming to Kolkata for centuries selling dry fruits, asafoetida, and carpets, they are also in the business of lending money on interest, becoming an integral part of a micro-economy of Kolkata’s working population. The Kabuliwalas have made Kolkata their new home, a city thousands of miles away from their own homeland. The Afghan community in Kolkata, India now consists of thousands of Afghans with an uncertain future, as now they are completely trapped in a foreign land, all they can now do is to pray, pray for their families and friends back home.