Home People In the cockpit 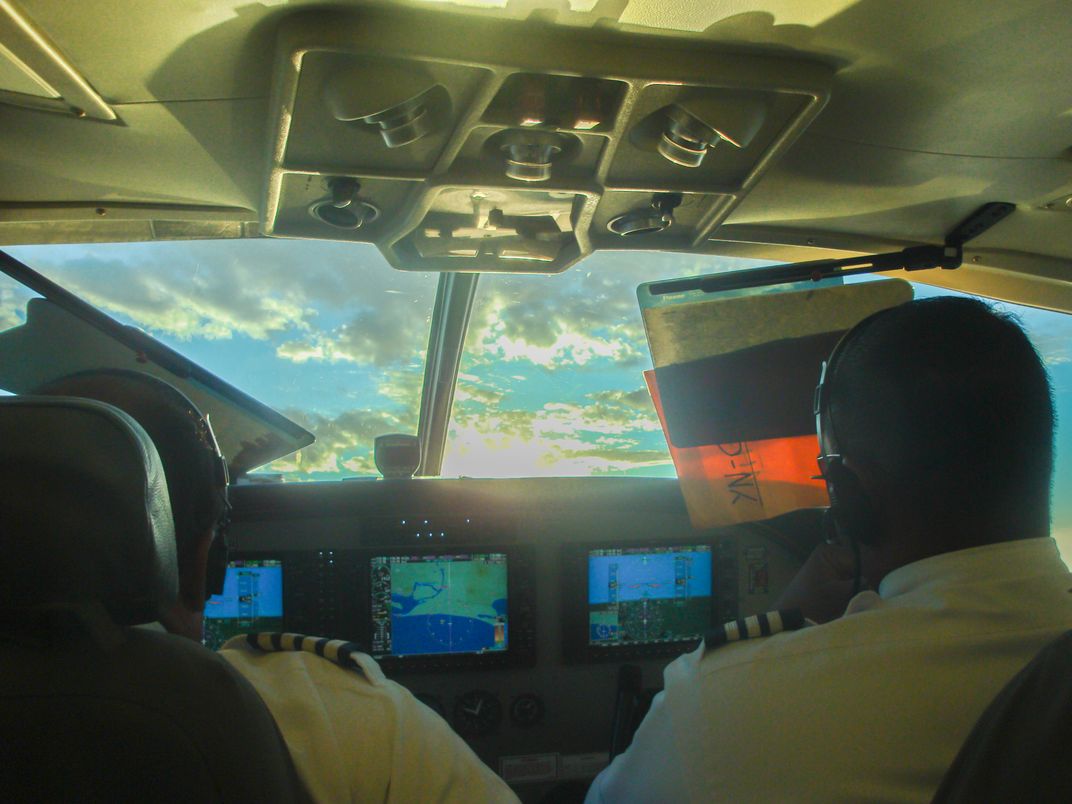 An eight people plane plus the two pilots flew me from a little island off the coast of Nicaragua to Managua after the previous airliner broke down before it took off. It was a scary sight to seat right behind the pilots but exciting at the same time. Even a small plane like this had so many buttons to deal with and several screens to follow for instructions. And they do this several times a day! The one hour flight was an experience, the pilots looked competent but I have to say I prayed.