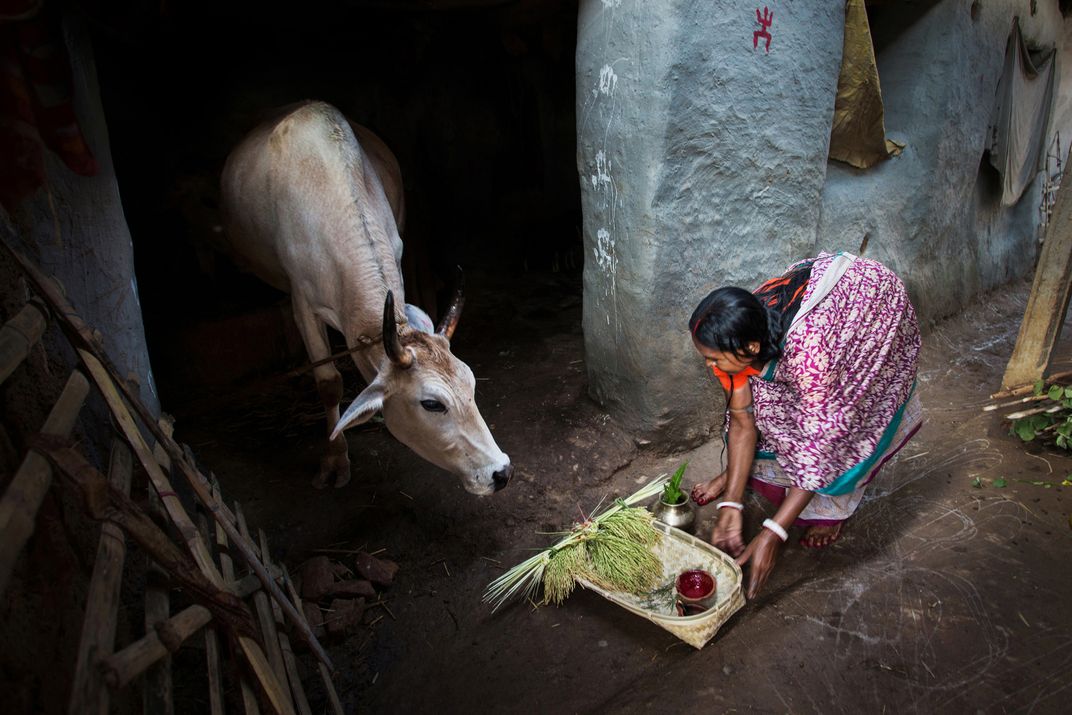 Cows play a major role in Hinduism. Hindus treat cows as their mother. This animal plays a major role in Hindu society. Cows are being used in agriculture and majorly in dairy business. Cow milk and cow dung are two major useful components of Hindu religious practices. Without these two things any Hindu customs can’t be performed. There are many Hindu rituals are associated with Cows. During "Bandna” festival majorly and in many other Hindu customs where Cows are being worshiped. This is basically a "Thanks Giving" to this animal for their social contribution. In rural areas keeping cows in the home and treat them as the Goddess is the symbol of the prosperities.