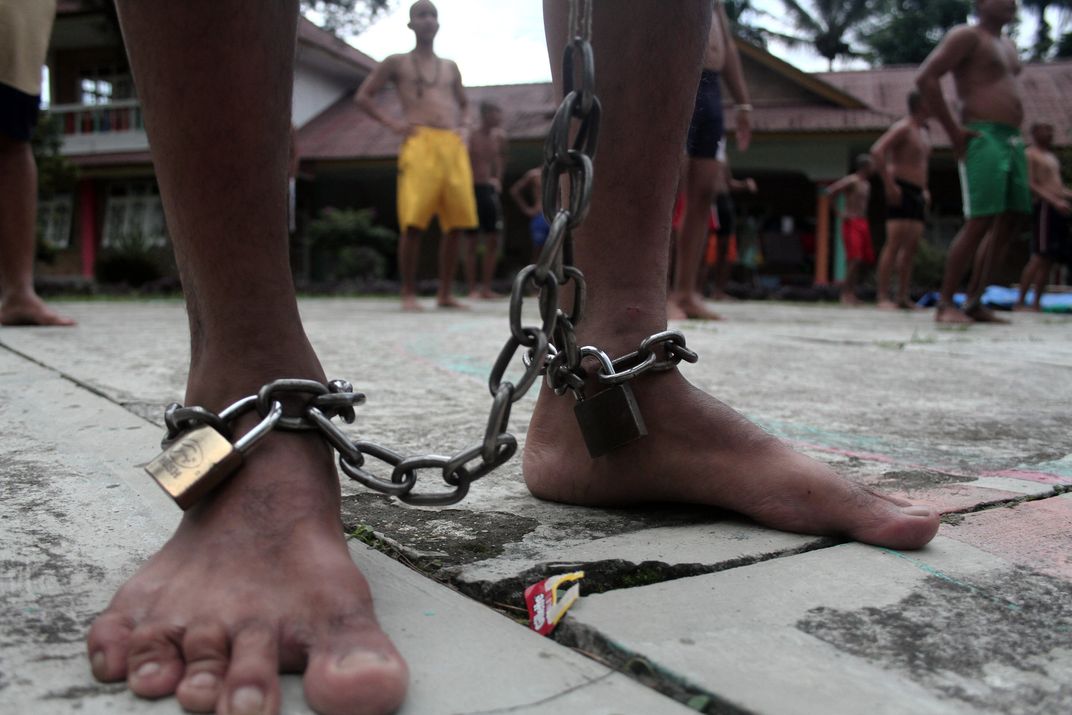 Indonesian drug rehabilitation patients with foot chained exercising with other drug addicts who will undergo a recovery in a rehabilitation center and articles, North Sumatra, Indonesia on May 1, 2015. Former drug users taking part in a group session of the program that they follow to fight their addiction. President of Indonesia, Joko Widodo reiterated the stance that drug dealers should be put to death. maturing within one year, Indonesia suffered as many as eighteen thousand people have died from drug toxicity.