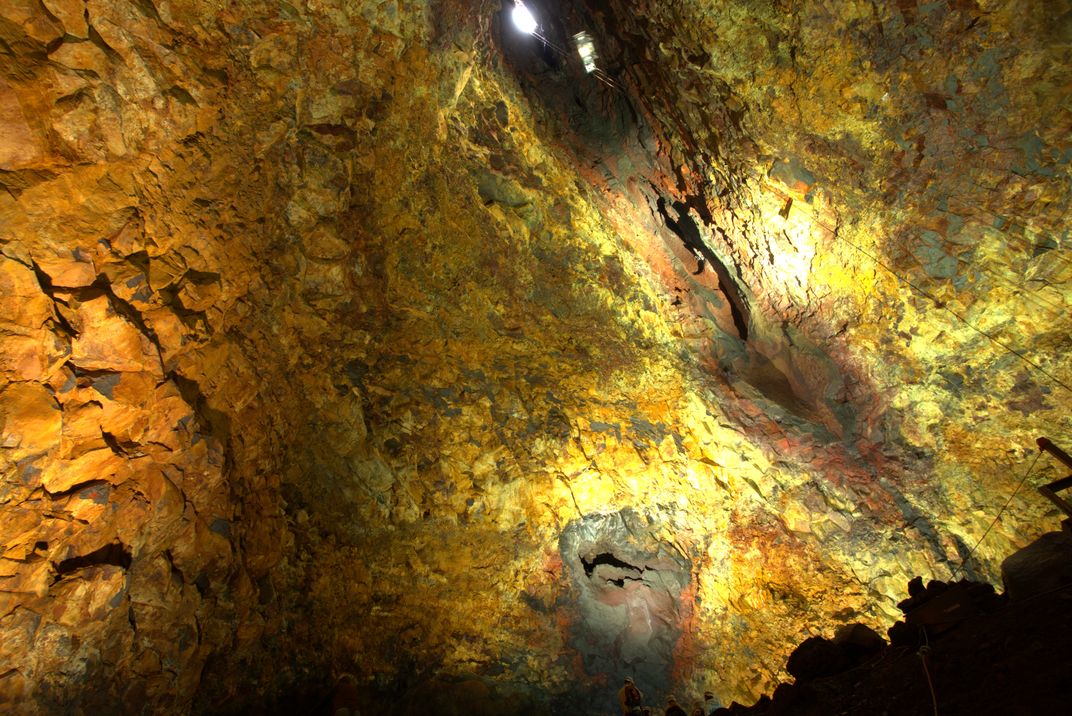 Thrihnukagigur Volcano is a natural phenomenon located not far from Reykjavik Iceland. In this volcano, instead of the magma chamber filling up with magma, it seems to have disappeared. It’s believed that the magma solidified in the walls or quite simply retreated to the depths of the earth. We descend into the volcano in an open air scaffold. The chamber is so large that the Statue of Liberty could fit inside of it and once you reach the bottom, you feel as though you have been swallowed whole and are in the belly of Hell. Although Hell couldn't be this beautiful.