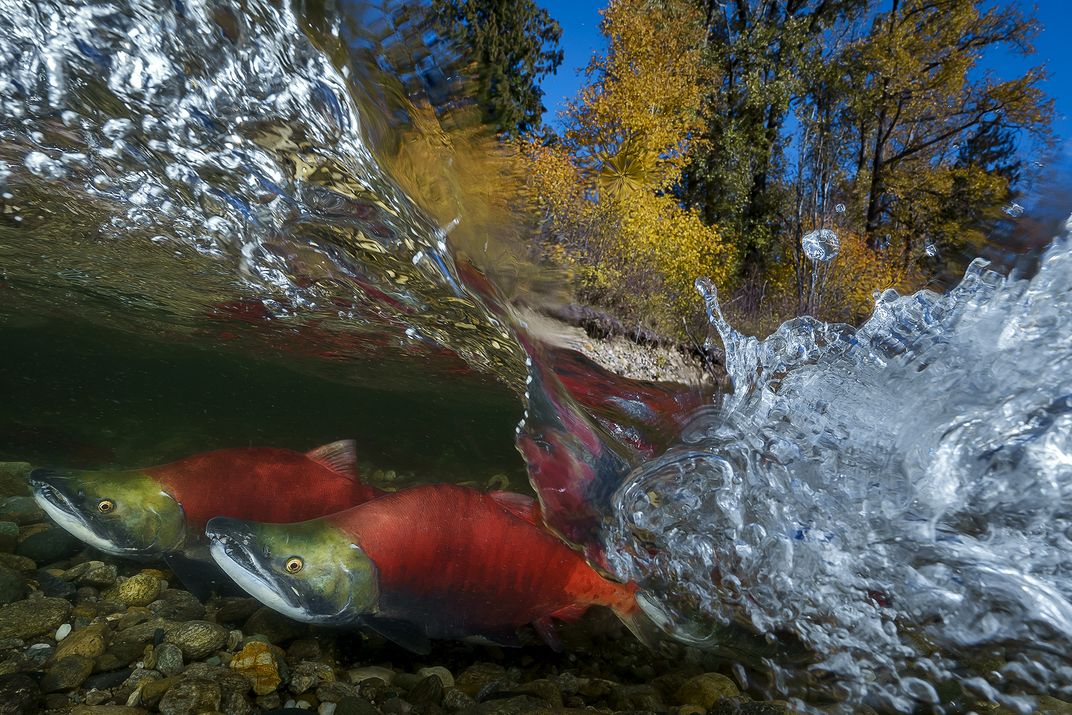 These Pacific species of squid will come to the west coast of Canada from the distant sea every autumn, return to the birthplace of the inland river through the estuary, and look for the estuary of the estuary, the temperature of the river, and the environment. After entering the inland river, you will start a long journey back to the river. In addition to the Sockeye, which was listed as the “Squid Conservation Program” by the Canadian federal government throughout the late autumn, you can also see other Coho, Chum, and Chinook from the Pacific Ocean. ) Going home, I don’t eat or drink water for 800 kilometers in three months. When I arrived at the same year, I was ruined and dying. Exhausting the only force, the carp parents died after spawning and fertilization, and the most important mission of this life was finally completed.