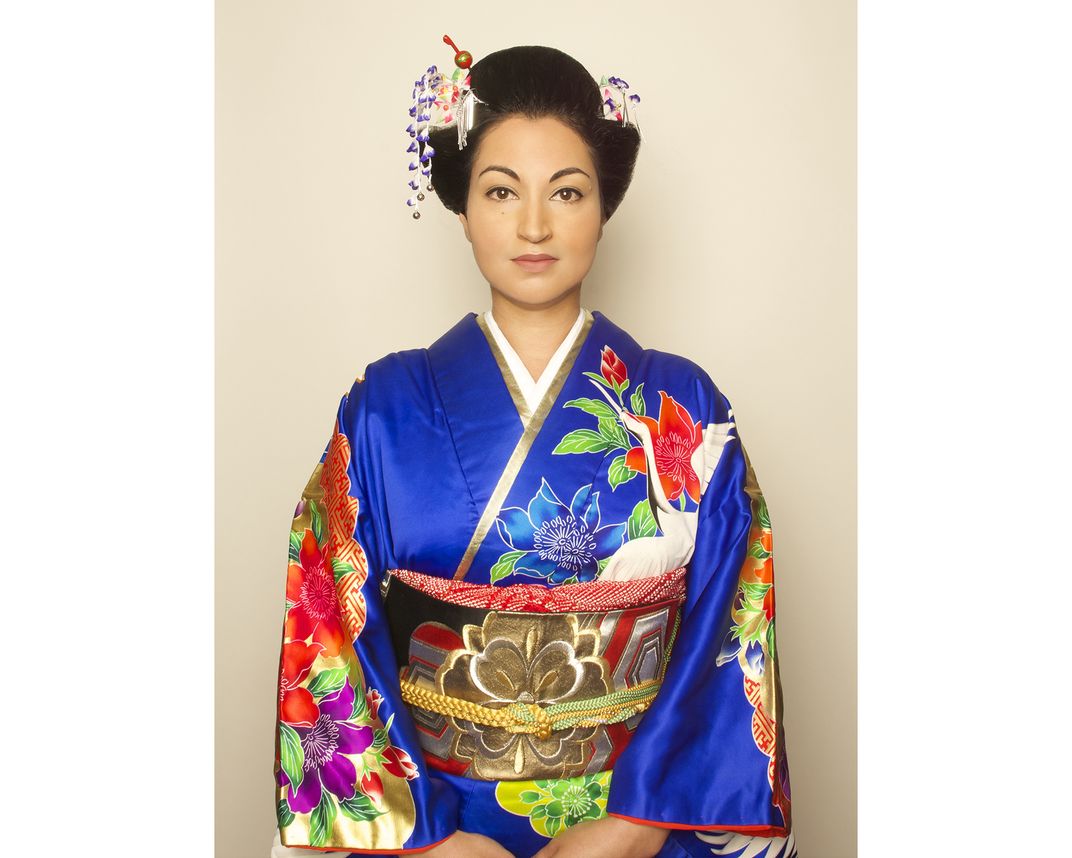 Intercultural is a touring exhibition that launched in Toronto Canada prior to New York during Frieze, Santa Monica UN International Day of Peace, Miami Heritage ay through Art Basel and World Art Dubai. During the week I was in Toronto for the launch a number of people of Asian descent expressed their wanting me to include Asia. This inspired me to create Japanese Woman as I admire the Japanese cultural philosophy found in Shintoism and Buddhism. The Kimono was brought in from Japan and I was ecstatic to learn my friend is professionally trained kimono dresser (normally a males job due to the weight and the need for strength to dress a woman in a kimono properly).