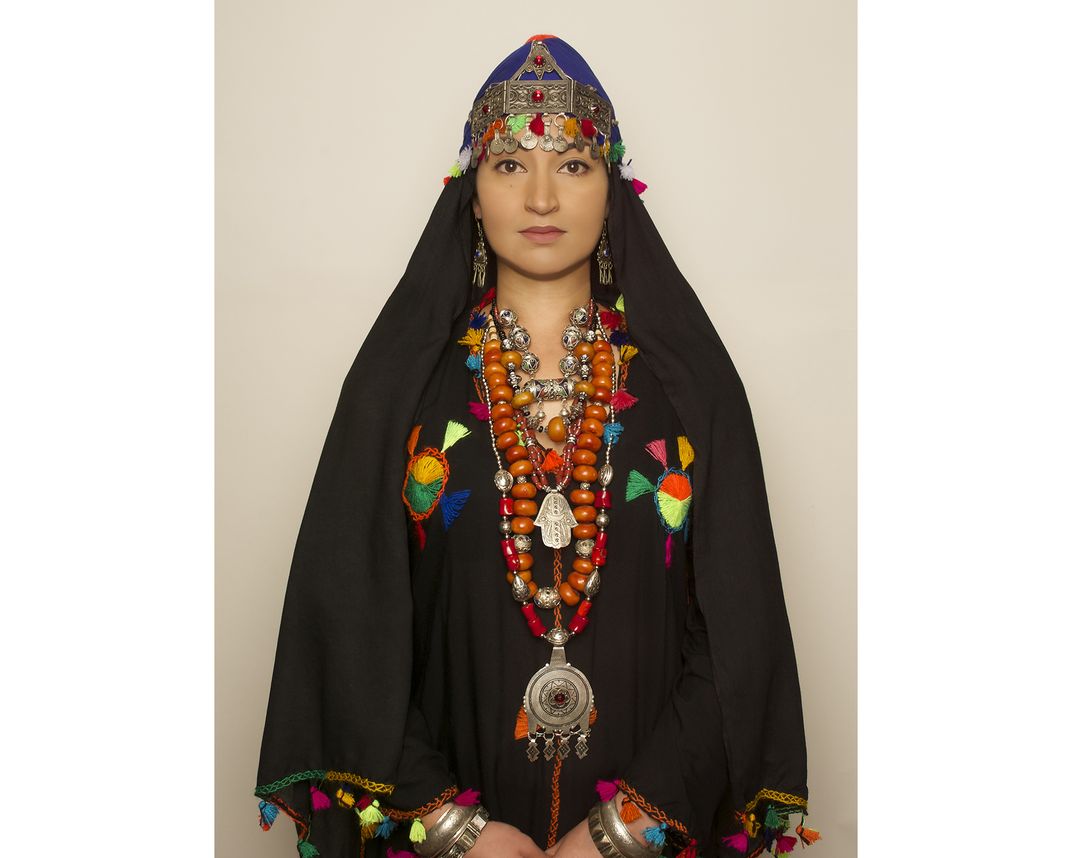 It was important to me to continue the global message of unity and include Africa. Morocco being a norther region I felt was an appropriate culture to portray. I found it profoundly interesting that the Moroccan Woman is known as Berber to the world although it is considered offensive as that is a name translated by Spaniards as Barbarians. During the Pan Arab expansion the Amazigh tribe were forced to battle. There is an inherent quality of the traditional dress as the patterns that fan over the breast were once tattoos on the face although outlawed by Muslim culture.