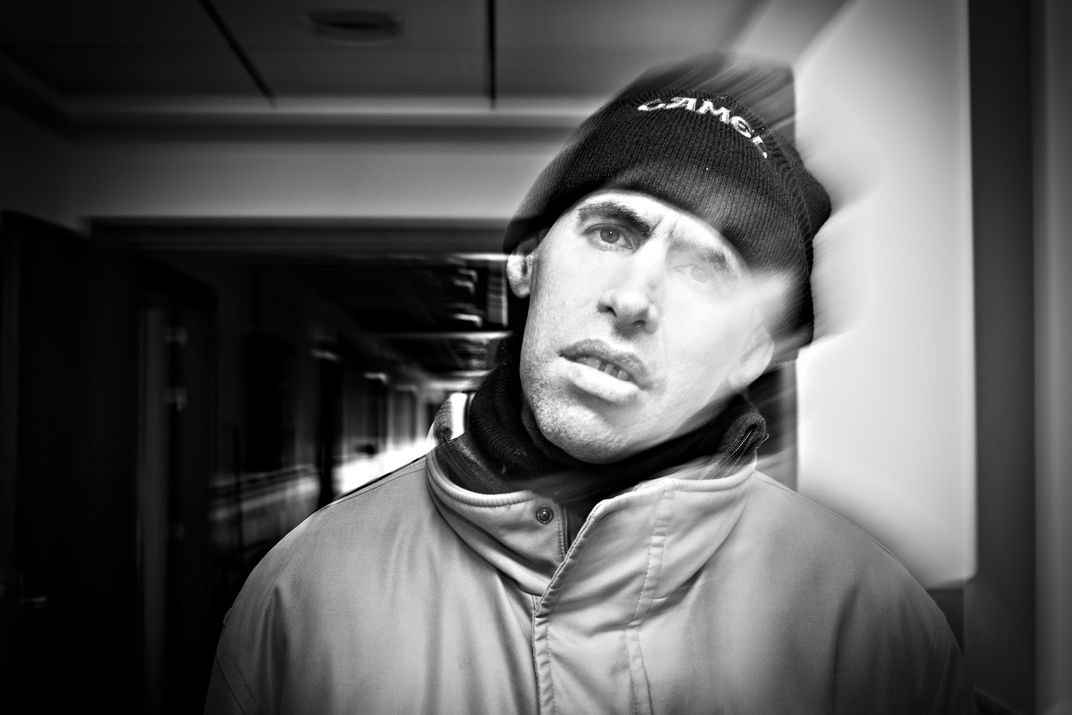 Emilio suffered a neurodegenerative genetic disorder that causes abnormal involuntary writhing movements called chorea. It affects muscle coordination and leads to cognitive decline and behavioral symptoms. Physical abilities are gradually impeded until coordinated movements becomes very difficult. There is no cure for this disease. In Spain this disease was formerly known as ‘St.Vitus Dance’ as their quick and constant movements of the feet or hands are compared to dancing. Emilio died a few months after taking this picture.