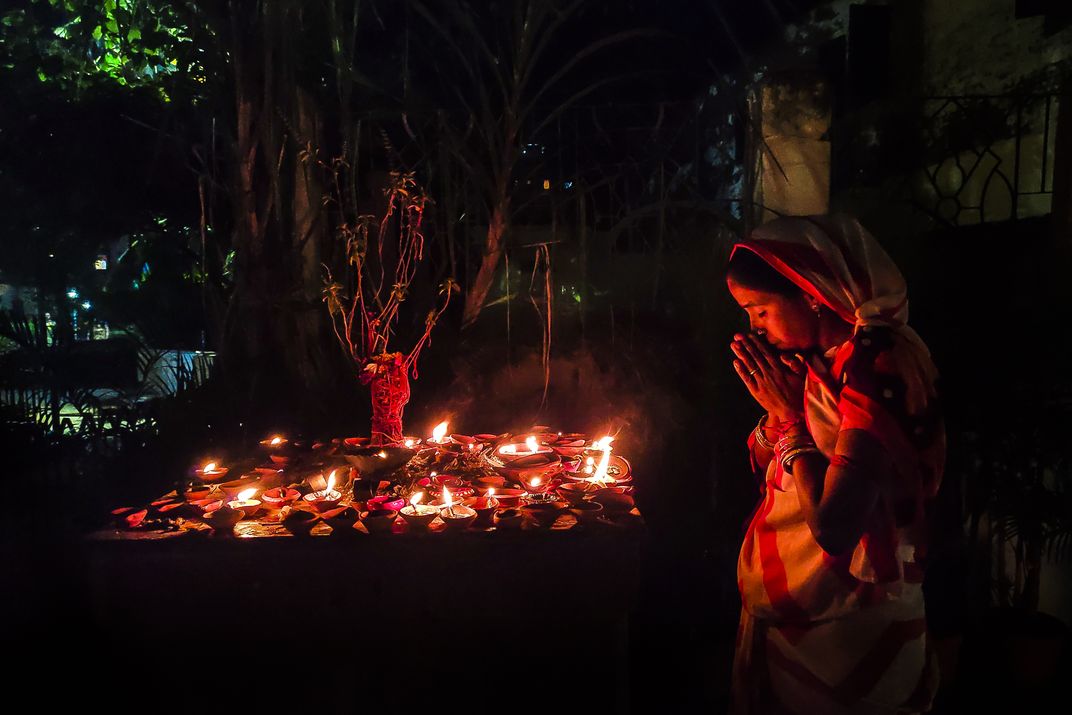 An Indian devotee into her prayers during the Dev Deepwali "The Diwali of the Gods" is the festival of Kartik Poornima celebrated in India. It falls on the full moon of the Hindu month of Kartika (November - December) and takes place fifteen days after Diwali. On this day The steps of all the ghats and the temple courtyards are lit with more than a million earthen lamps (diyas) in honour of Ganga, and its presiding goddess. The gods are believed to descend to Earth to bathe in the Ganges on this day.