Home Travel It's India, it's colourful 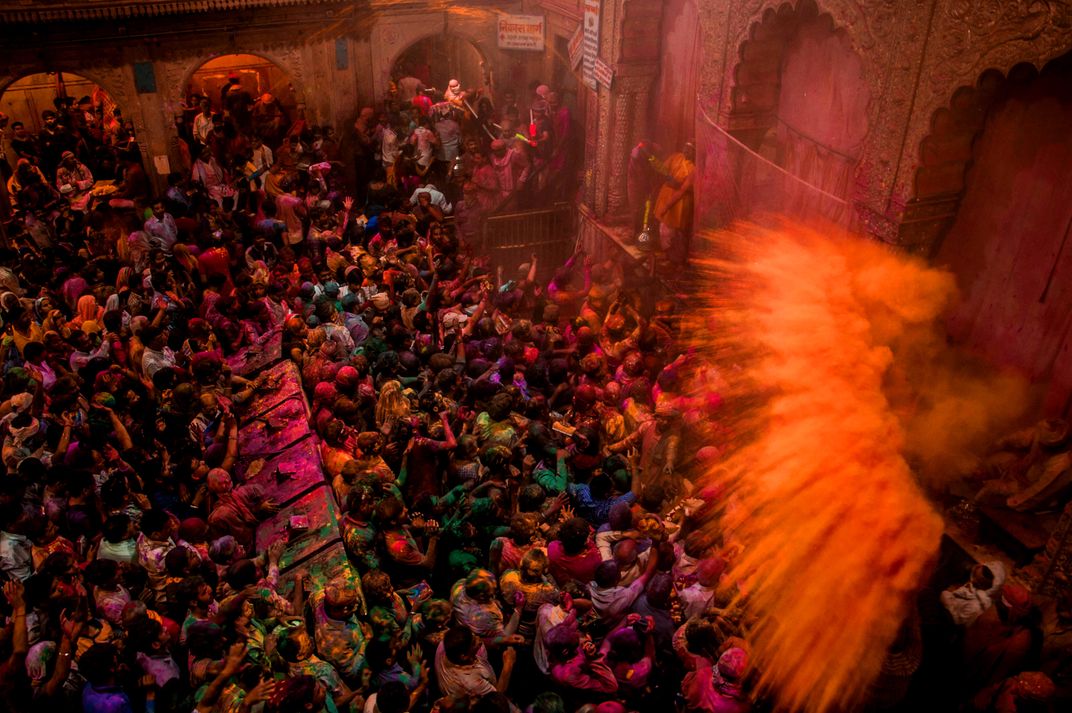 I took this photograph at Banke Bihari temple on the occasion of Holi in Vrindavan, India. Holi is celebrated as a festival of colors all over the country. It is most celebrated in the city of Vrindavan which is said to be the place where Lord Krishna grew up.When Krishna was young, he cribbed to his mother about Radha(his friend) being fair while Krishna himself was dark complexioned. His mother(Yashoda) suggested him to colour Radha with colours in a playful manner and the tradition evolved.