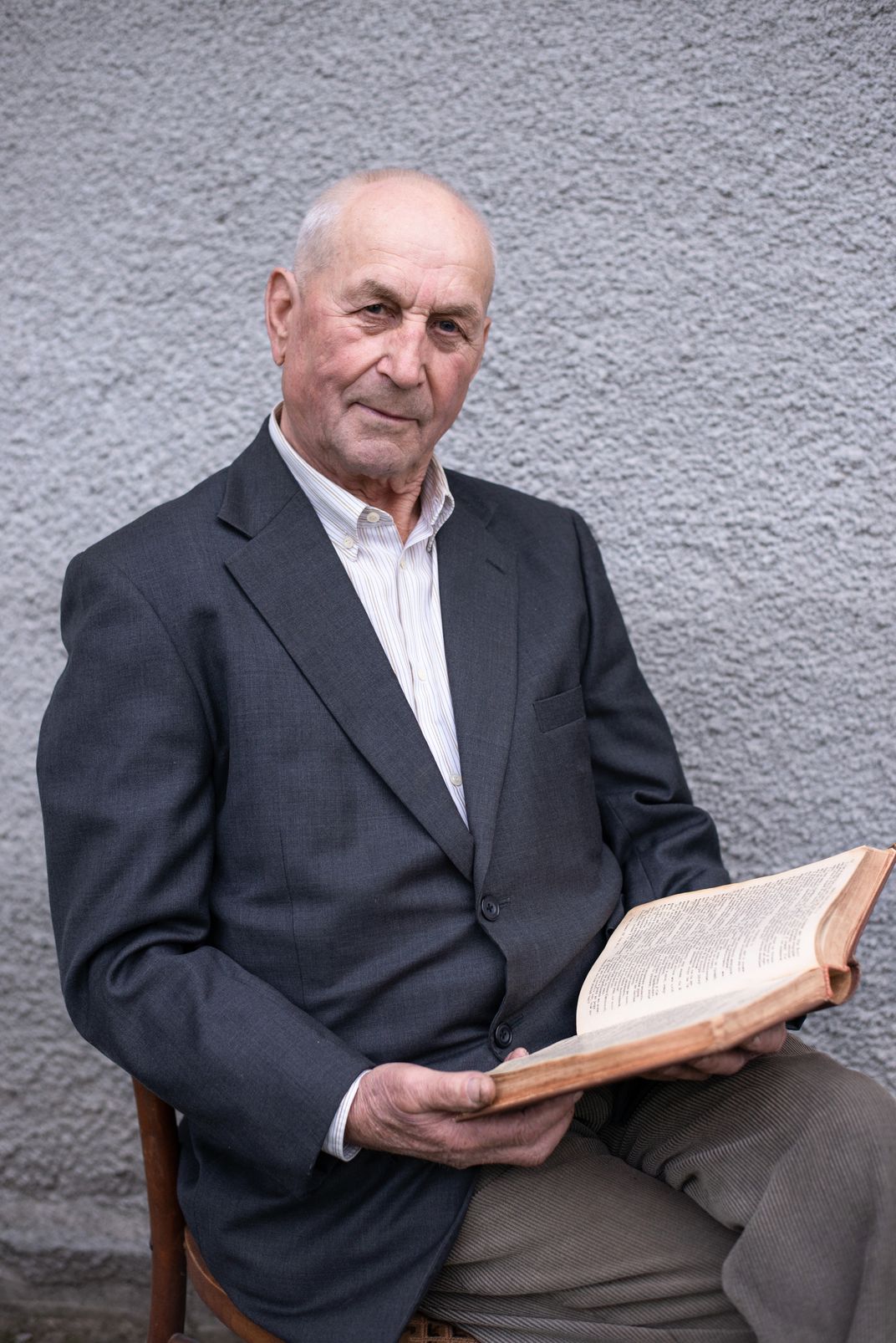 "I went out into the yard, and my parents and armed soldiers were gone. They took everything and left me, a 14-year-old child, out of pity. I ran after my parents, who were being taken away by soldiers. We left the house in the Carpathians. In Krekhovychi, we were put in the first of many boxcars, which took 1 month to reach Siberia. On the way, they fed us only once a day, so I started to go blind due to severe malnutrition. Only a few months later did I regain my sight. After arriving in Bratsk, a horse-drawn sleigh carried us for 18 km along the Oka River. That was the first time I had seen such huge cracks in the ice. The horse would jump over the crack pulling the sleigh, but once the horse failed and fell into the water hanging from the drawbar! The coachmen pulled him out, so the horse, with broken hooves, dragged the sleigh to the very end in the village of Yermakovka. A week later, I and other repressed children were forced to go to work, although I could not see well." In 1971, Soviet television in Siberia organized a forced interview with Ivan's family to ridicule their position in life and deprive them of parental rights based on their answers. Ivan was taken to Siberia during a secret operation, called “North”, on April 8, 1951. At that time almost nine thousand Jehovah’s Witnesses were exiled to Siberia where they were forced to stay for some 14 years.