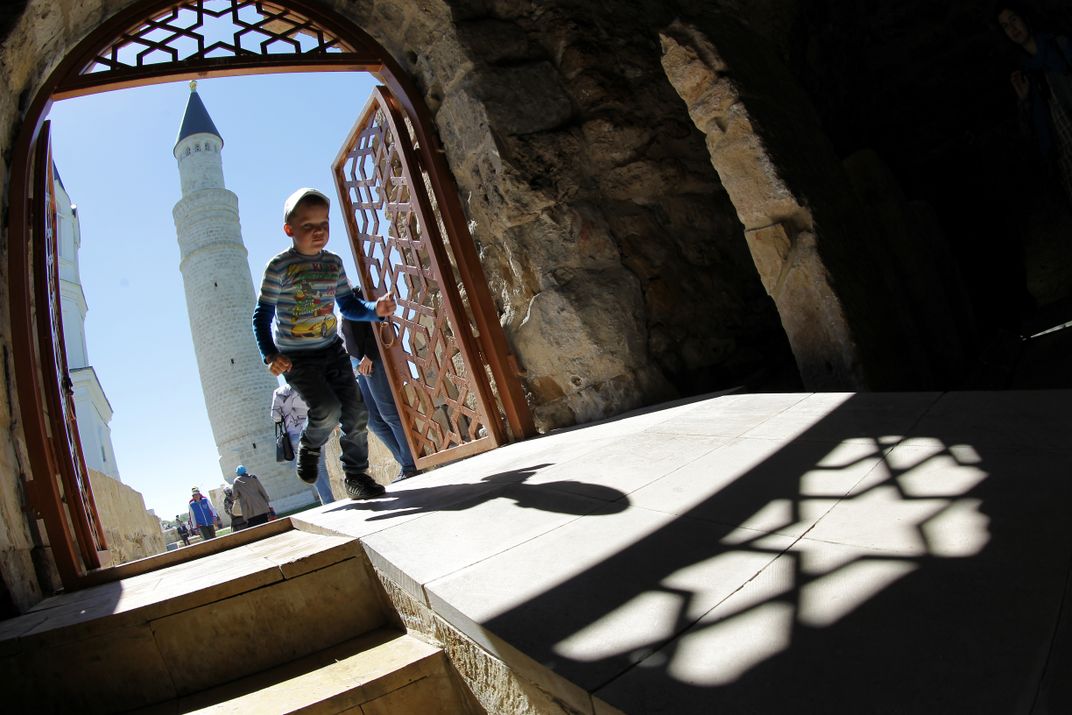 A pilgrim during the holiday "Izge Bolgar zhyeny", dedicated to the anniversary of the official adoption of Islam by Volga Bulgaria in 922, in the Bulgarian state historical and architectural Museum-reserve. Tatarstan is deservedly considered a skillful guardian of the traditions of its people and two religions: Orthodoxy and Islam. On the coast of the Royal Volga, among the picturesque nature, one of the many national historical reserves - the ancient Bolgar is comfortably located. In the past, as a center of trade and culture, for many centuries of existence, the city managed to preserve its ancient grandeur, immortalized in immutable mausoleums, mosques, chambers and tombs. Today, the Bulgar settlement is a moated protected complex, where time stops its inexorable run, providing an opportunity to see, feel and touch eternity.