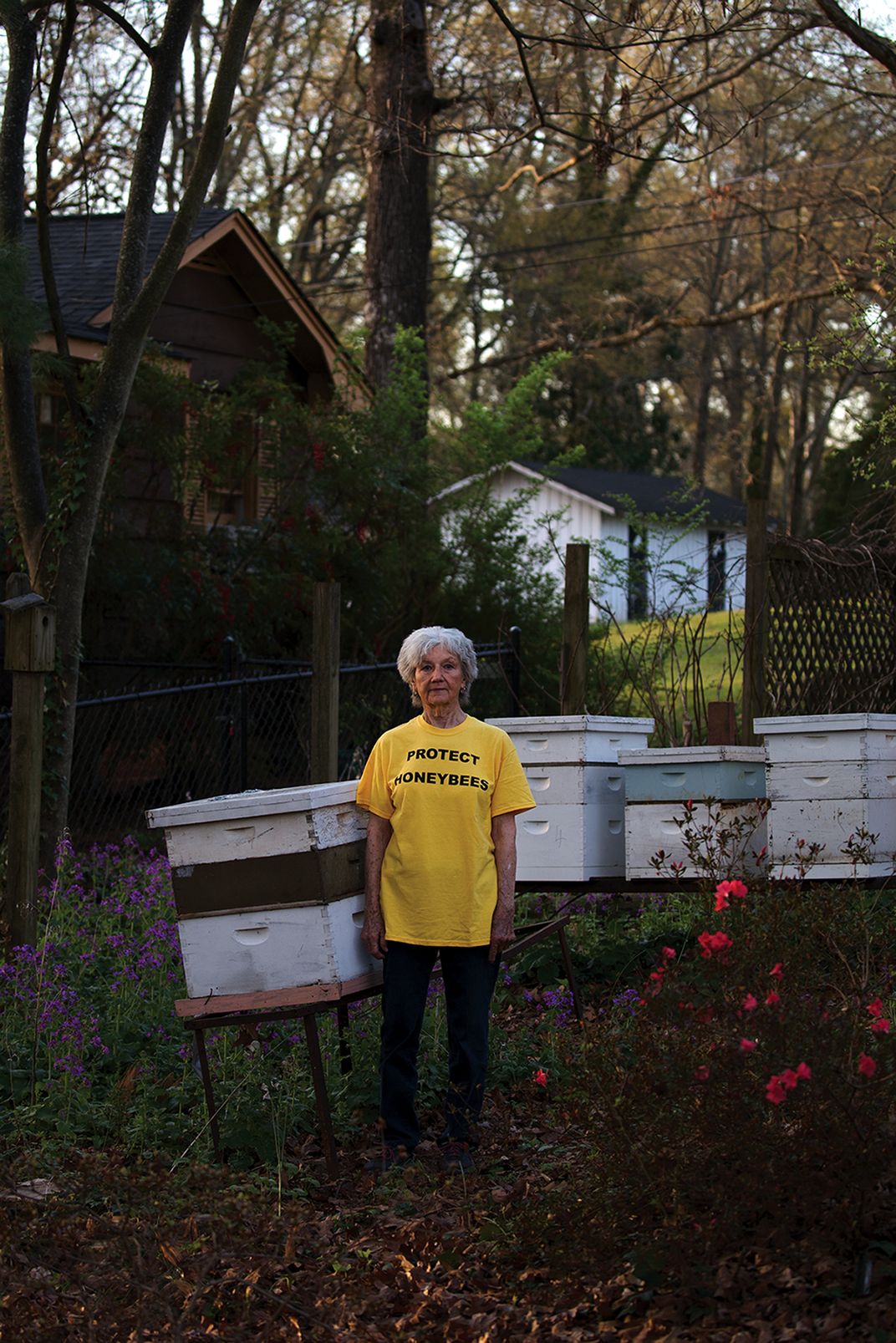 Jeanne was exposed to beekeeping at a young age as her grandfather was a beekeeper. When she was eight years old, her grandmother made her a hat and veil which allowed Jeanne to work with the bees and harvest honey. In 1975, she acquired her first beehive and throughout the 1990's the number of hives she managed grew and grew until in 2005 she had acquired approximately 80 beehives in four different locations. She now keeps and manages about eight honey bee colonies. Jeanne is also a former president of the North Carolina State Beekeepers Association and is in fact the only female to have held presidency. I asked Jeanne how have women involved in beekeeping managed in what seems to be a male-majority field. She told me that women must 'Keep learning and keep confident. If you know what you're doing with the bees and act with confidence, men are likely to show you as much respect as they would any male beekeeper'. Jeanne also told me that the number of female beekeepers has grown during the past ten to fifteen years; however, it is still a male dominated endeavor at this point in time.