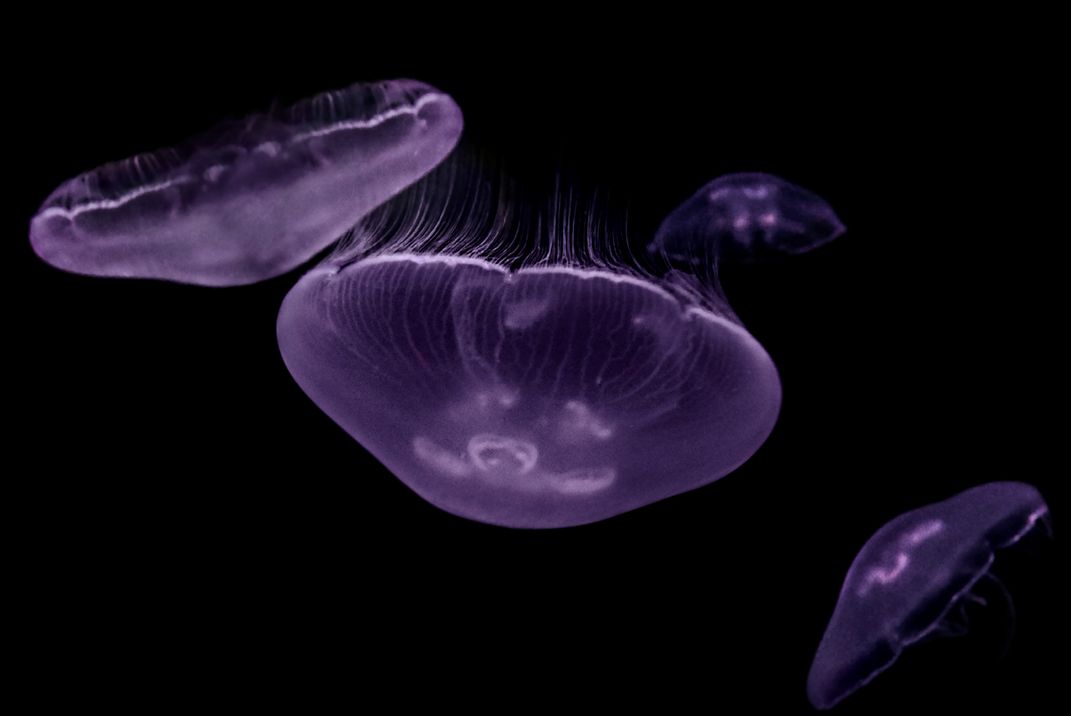 Jellyfish or jellies are softbodied, free-swimming aquatic animals with a gelatinous umbrella-shaped bell and trailing tentacles. The bell can pulsate to acquire propulsion and locomotion. The tentacles may be utilized to capture prey or defend against predators by emitting toxins in a painful sting. Jellyfish species are classified in the subphylum Medusozoa which makes up a major part of the phylum Cnidaria, although not all Medusozoa species are considered to be jellyfish. Jellyfish are found in every ocean, from the surface to the deep sea. Scyphozoans are exclusively marine, but some hydrozoans live in freshwater. Large, often colorful, jellyfish are common in coastal zones worldwide. Jellyfish have roamed the seas for at least 500 million years, and possibly 700 million years or more, making them the oldest multi-organ animal.