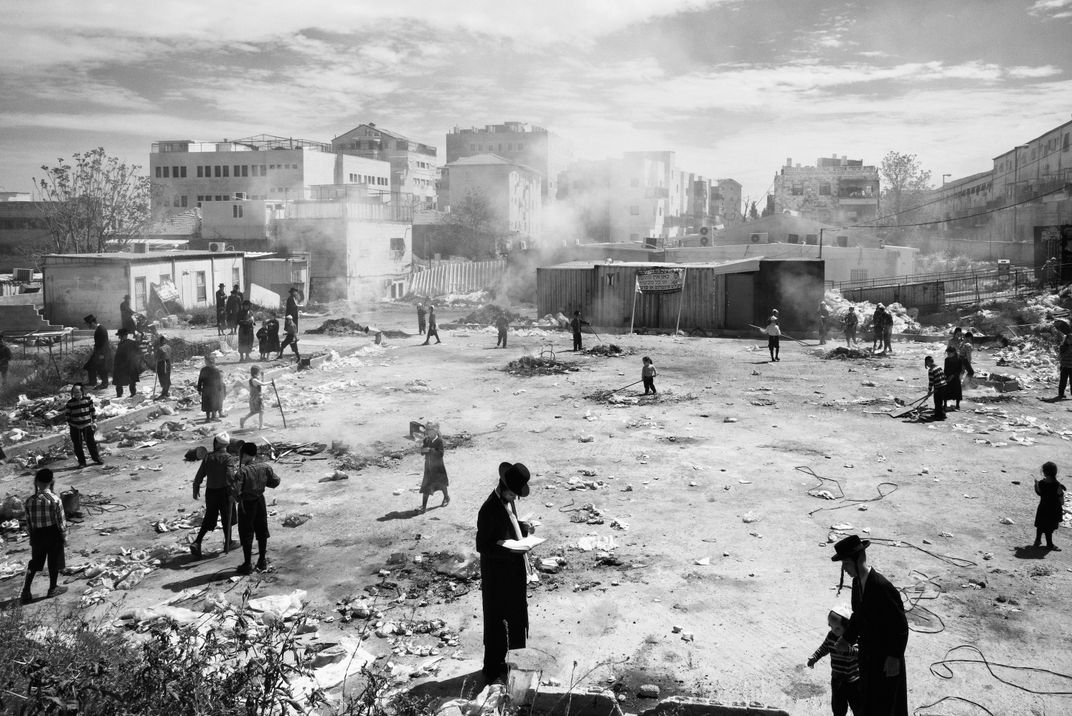 Mea Shearim was established in 1874 as the fifth settlement outside the walls of the Old City of Jerusalem. Its name is derived from a verse in the weekly Torah portion that was read the week the settlement was founded: "Isaac sowed in that land, and in that year he reaped a hundredfold ( Mea Shearim); God had blessed him" (Genesis 26:12). Mea Shearim remains today loyal to its old customs and preserves its isolation in the heart of Jerusalem while trying to stave off the modern world; it is in a way, frozen in time. Houses that were built over 100 years ago stand alongside a few new ones. The life of the Hassidic community revolves around strict adherence to Jewish law, prayer, and the study of religious texts. Traditional dress code for men and boys includes black frock coats and black hats. Long beards cover their faces and many grow side curls called “payots”. Women and girls urged to wear what is considered to be modest dress – knee-length or longer skirts, no sleeveless blouses or bare shoulders. Married women wear a variety of hair coverings, from hats to wigs and headscarves. This picture for me represents the story of the ongoing battle between the old and the new, the past versus the present, this is the everyday life of a city within a city.