Home Culture and the Arts Jhumur is a folk dance form mainly popular amongst the tribal people of eastern India.This 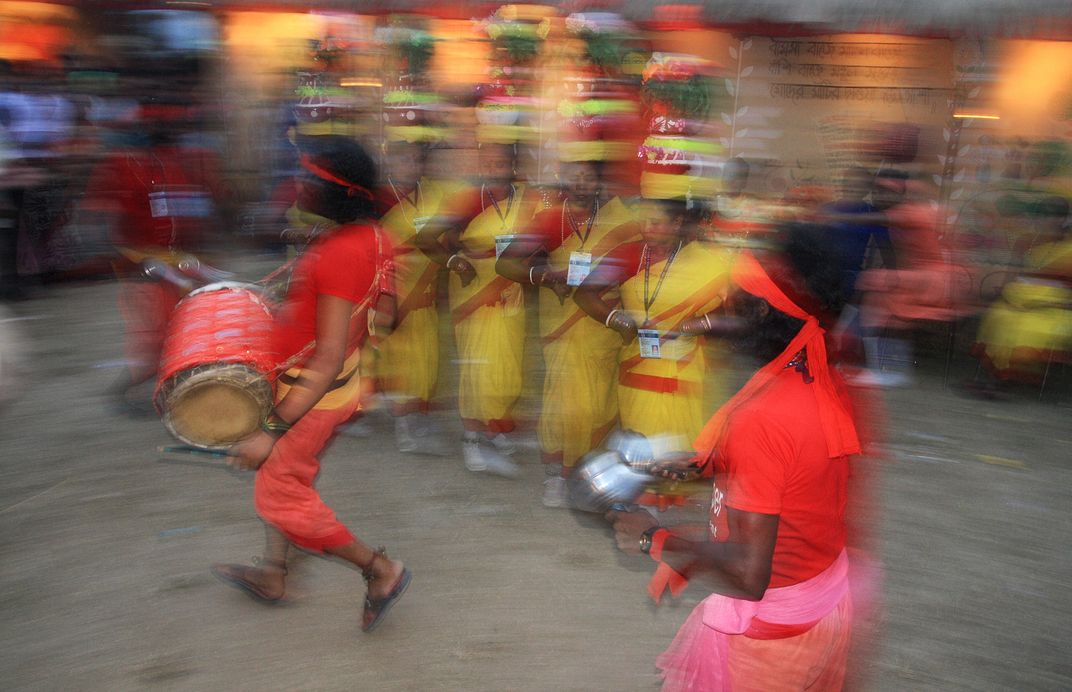 This photograph was taken at a social congregation in Chandannagar,India, where a group of tribal folk artists are performing Jhumur dance.It's a traditional dance form mainly popular in Assam,west bengal,Odisha and Jharkhand.Male artists are keeping the rhythm of dance with some simple musical instruments like dhol,flute and taal and the girls mostly perform the dancing part rhythmically. It is believed that jhumur is the means of recreation of the common people which depicts joy and sorrow of everyday life.