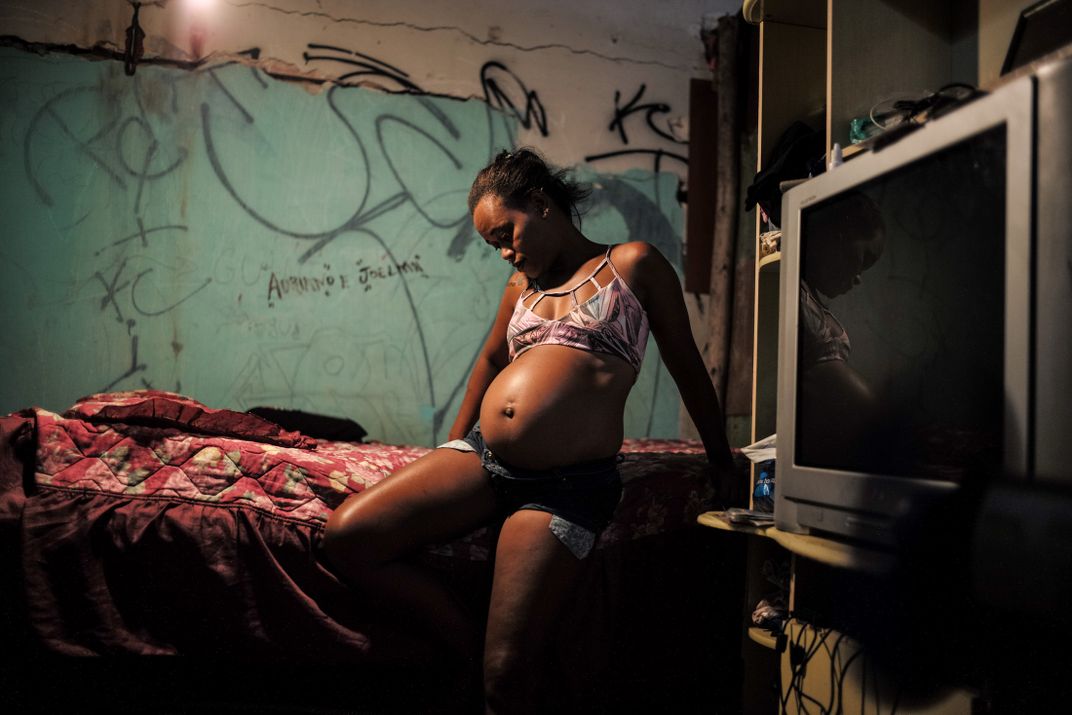 Joelma poses for a portrait in her home -An abandoned, 3 floor over crowded factory- one of the many buildings of Salvador's Movimento dos Sem-Teto (Homeless Workers Movement) After all this years of convivence and resistence these families have created strong comunitarian feelings to make possible the survival in this environment. Salvador, Bahia. Brazil. Jan. 26, 2018. The Homeless Workers Movement is a shack-dwellers' movement. It is the biggest organization of its kind in the country and through a combination of direct confrontation and negotiation with the government, it struggles to reduce Brazil's deficit of roughly 4,000,000 housing units by staging squatters' occupations in the abandoned government buildings that litter Brazilian cities, resisting the often violent attempts by local governments to evict them and negotiating for their conversion into low-income housing.