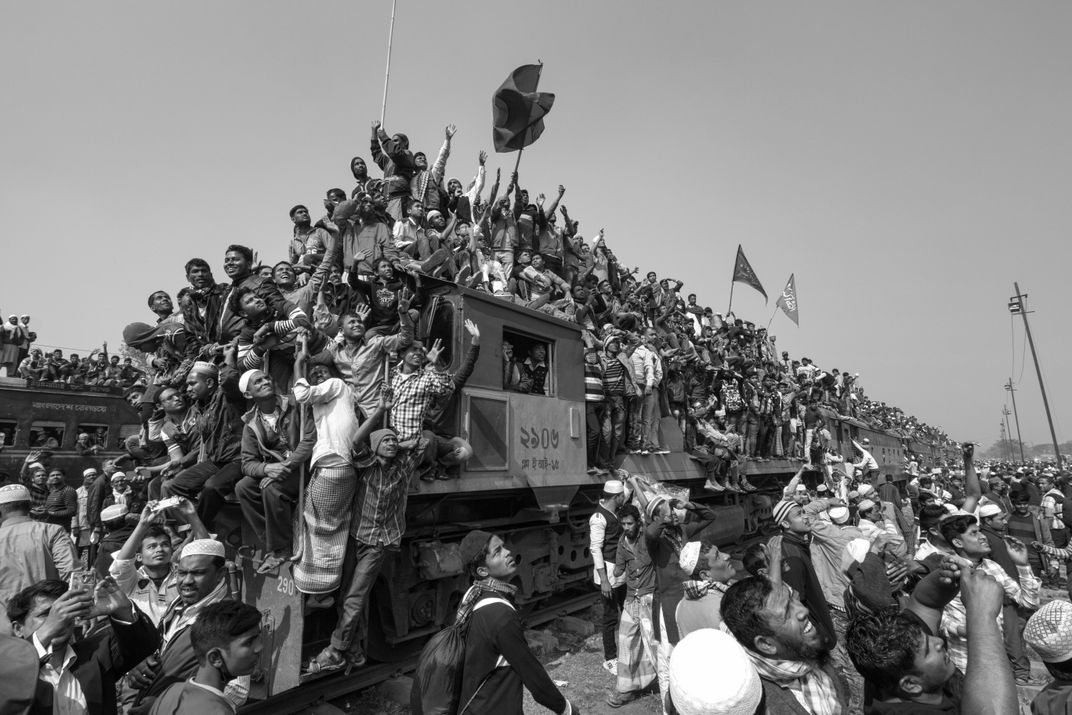 Thousands of commuters and travelers try to find a spot on the train - with many resorting to standing on the roof and holding onto the front. With no seats and not many trains, people are forced to resort to grabbing hold of the outside and standing on the roof so they can get home. I was able to capture the dangerous overcrowding as people tried to board trains at Tongi, Bangladesh. Between 8,000-10,000 people were trying to find any possible space to board the trains. People jumps one train to another train in Biswa Ijtema 2017 Dhaka, Bangladesh. During Bishwa Ijtema people jump one train to another train with life risk for back to home.