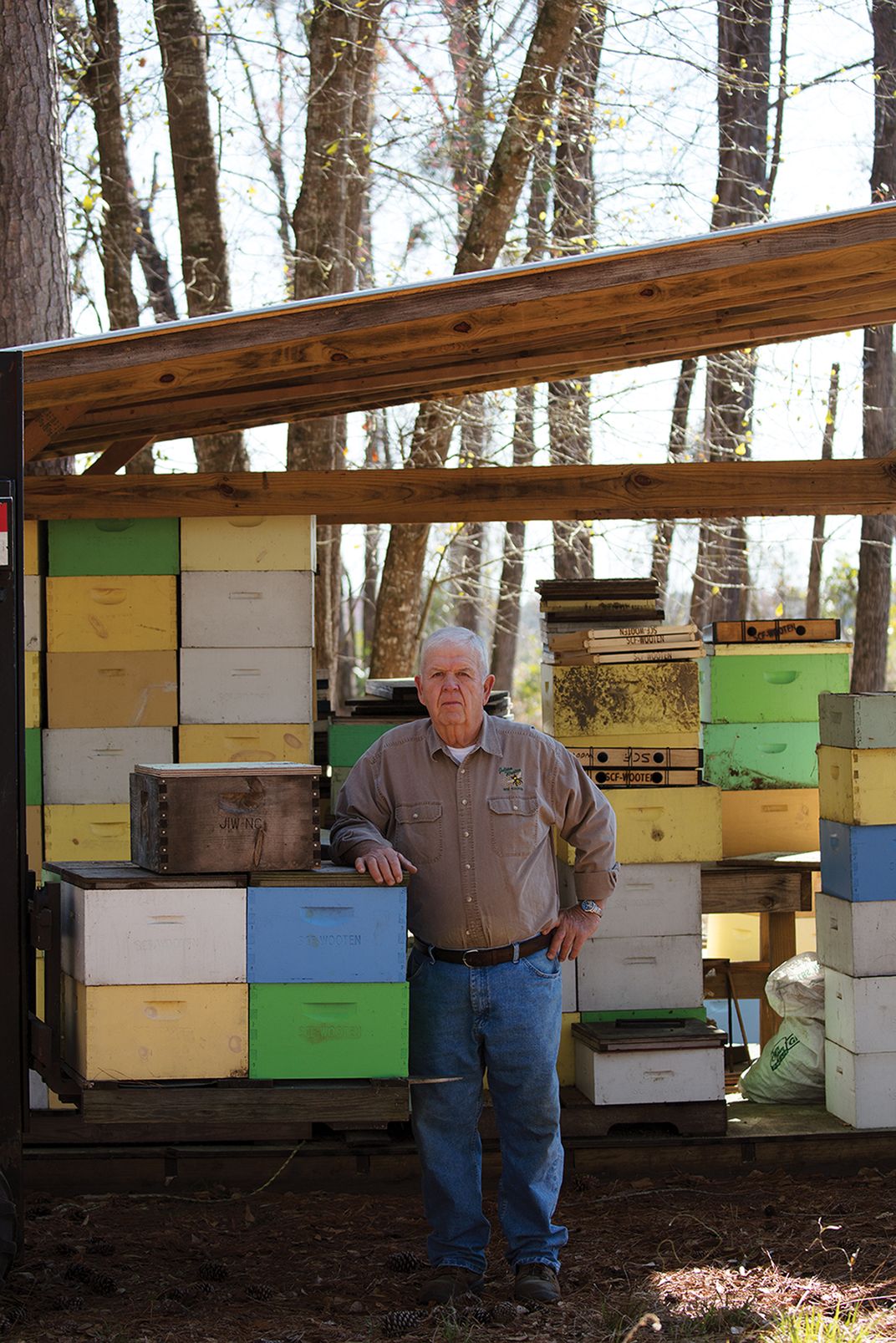 Julian became interested in beekeeping at a young age from seeing both his grandfather and father work with honey bees in the 1940's and 50's. He remembers observing his father catch swarms frequently, where he would then put the bees into hives and if there was surplus in honey produced by the bees, Julian would assist with the straining and jarring process of harvesting the honey — and with a family consisting of eleven people, lots of honey was consumed. Julian eventually purchased his first bee colonies at fifteen years old and today, Julian estimates that he has owned and managed beehives for around fifty-seven years. However, the number of hives he owns has grown to five hundred, which he sends all over the country for pollination purposes each year.