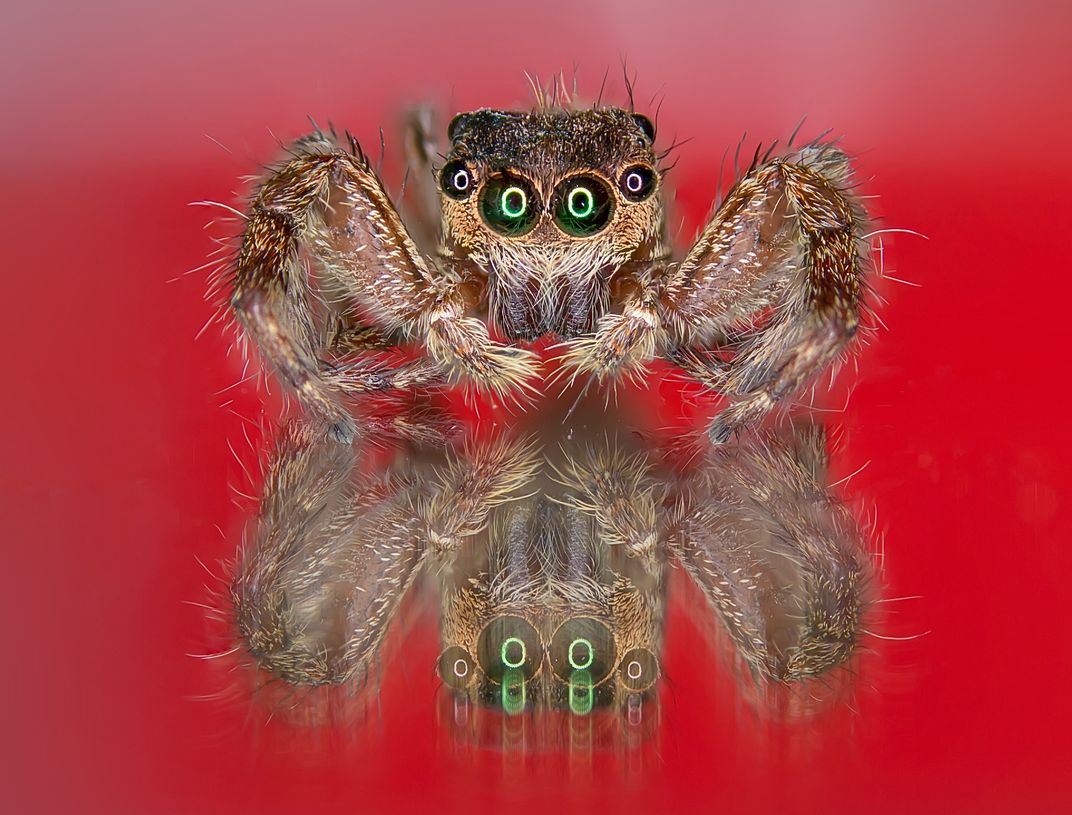 The jumping spider family (Salticidae) contains over 500 described genera and over 5,000 described species, making it the largest family of spiders with about 13% of all species. Jumping spiders have some of the best vision among arthropods and use it in courtship, hunting, and navigation. Although they normally move unobtrusively and fairly slowly, most species are capable of very agile jumps, notably when hunting, but sometimes in response to sudden threats or crossing long gaps. Both their book lungs and the tracheal system are well-developed, and they use both systems (bimodal breathing). Jumping spiders are generally recognized by their eye pattern. All jumping spiders have four pairs of eyes with one pair being their particularly large anterior median eyes.