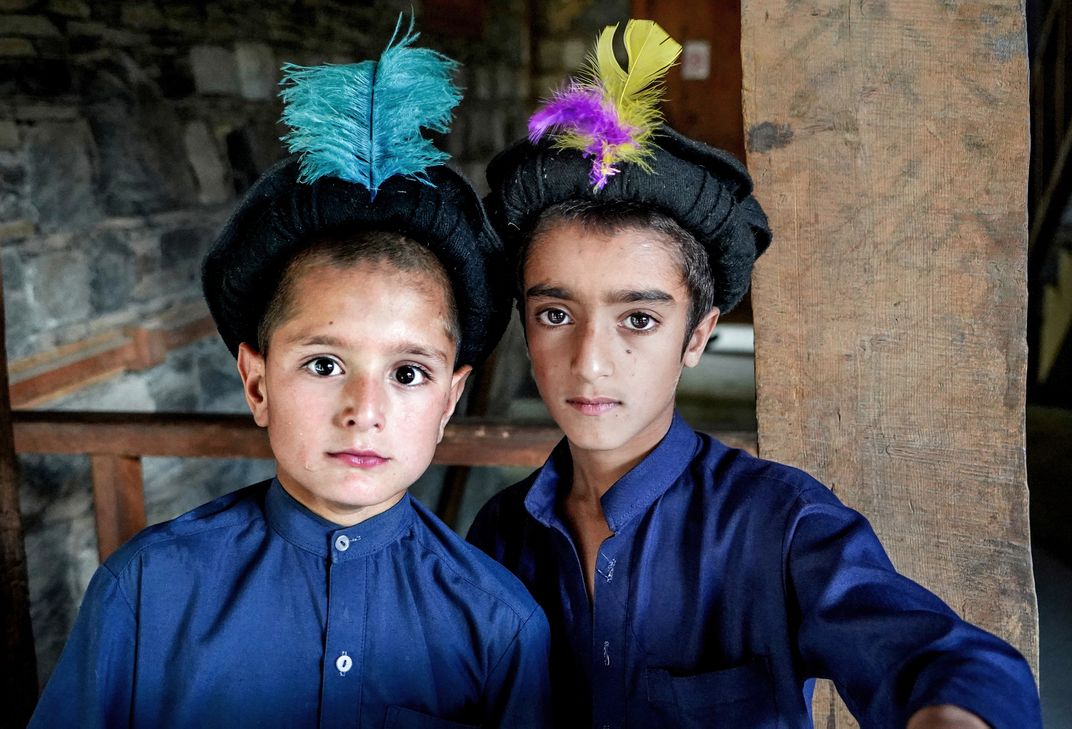 The ancient ethnic group of the Kalash people, live high in the remote mountains of Pakistan’s Hindu Kush (an extension of the Himalayas) deep in the valleys of Bumboret, Rumbur and Birir, near the inaccessible mountain border of Taliban-controlled zones of Afghanistan. For centuries this light-skinned, pagan people have claimed to be the long-lost descendants of Alexander the Great’s armies, who set up outposts in this region 2,300 years ago. They are one of the most remarkable cultures on the planet. With a population of just over 3,500 they are an oasis of color and warmth in stark contrast to the seemingly inhospitable land that surrounds them. Villages are little more than a scattering of wooden homes. The word “Kalash” means “black” and refers to the clothing worn by the women and girls. Some years ago the Greek government gave money for the construction of a nice school in Karakal Village - the students attend the classes dressed with their national costumes.