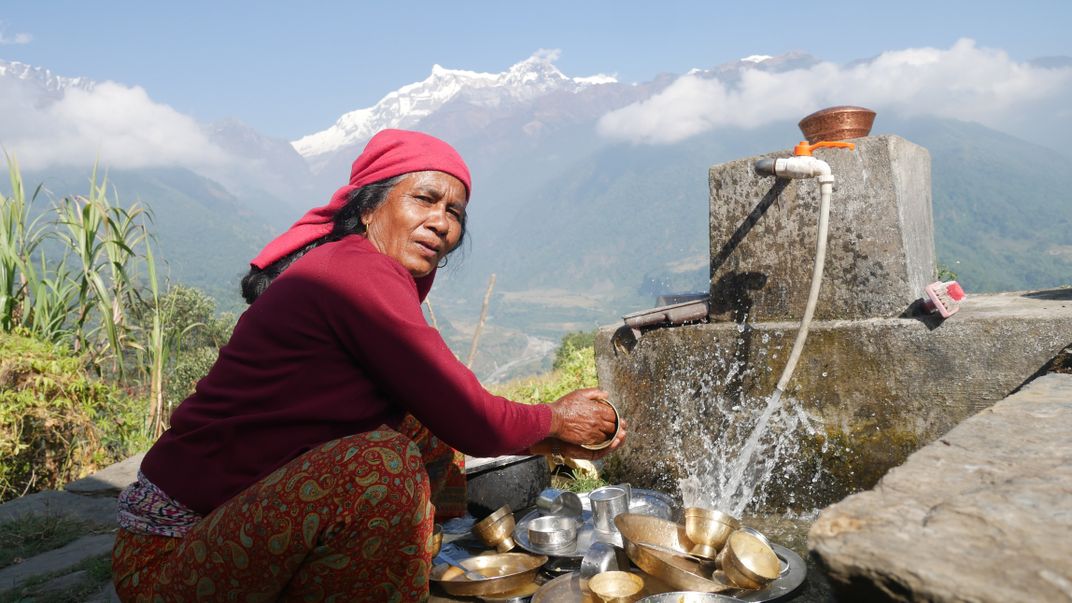 Kamala Magar lives Saripakha village in Kaski District Nepal about 2 hours from the city of Pokhara. Kamala's village of Saripakha had a new water system developed and she is very happy that she has a tap stand at her house and she has enough water for her domestic needs and to grow agricultural crops. Kamala expressed that herself and people in the village are much better off with the new water system, they don't have to travel long distances collecting water, they have enough water, and the water is safe to drink so they are not getting sick like before. In the background are the Himalayan mountains in the Annapurna mountain area.