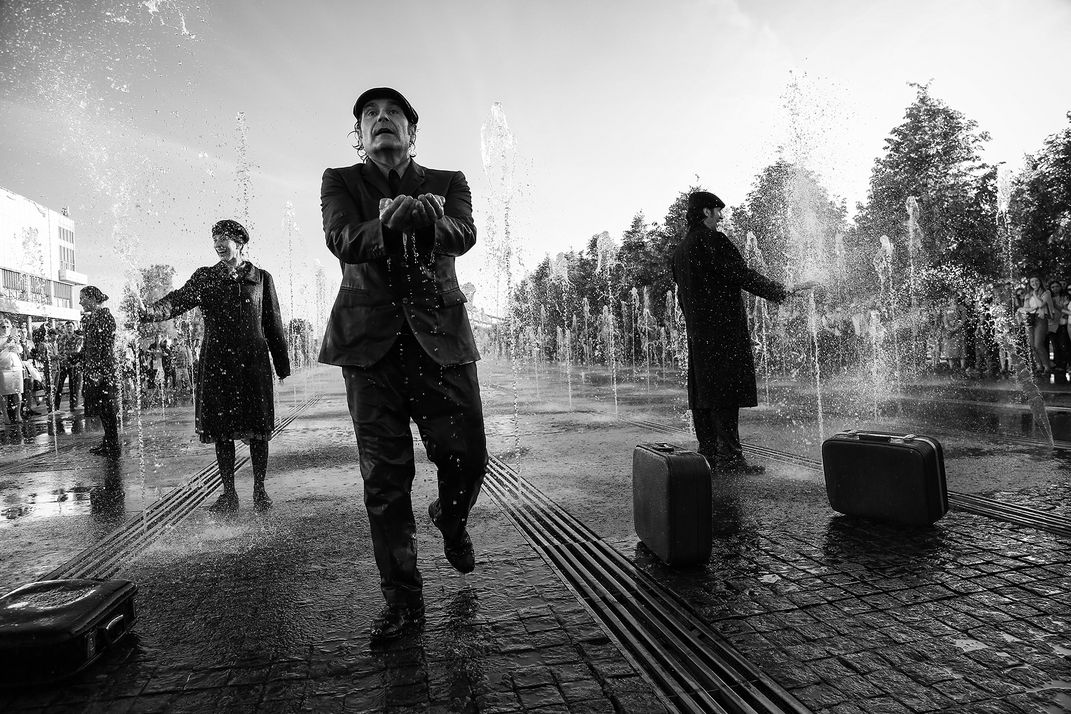 The street performance-promenade of the famous Spanish theater Kamchatka in Moscow. Eight actors in old coats with suitcases in their hands moving through the streets of the city. Migrant characters are naive and curious, they know nothing about the rules and way of life. Their reactions are immediate, they barely restrain their emotions, when meeting with passers-by, a fountain, a bicyclist, a trolleybus or unfamiliar food. The viewer is involved in their theatrical experiment. The performance of Kamchatka is a kind of mirror which reflects our own behavior and attitude towards visitors and strangers, who differ from what we consider to be the norm.