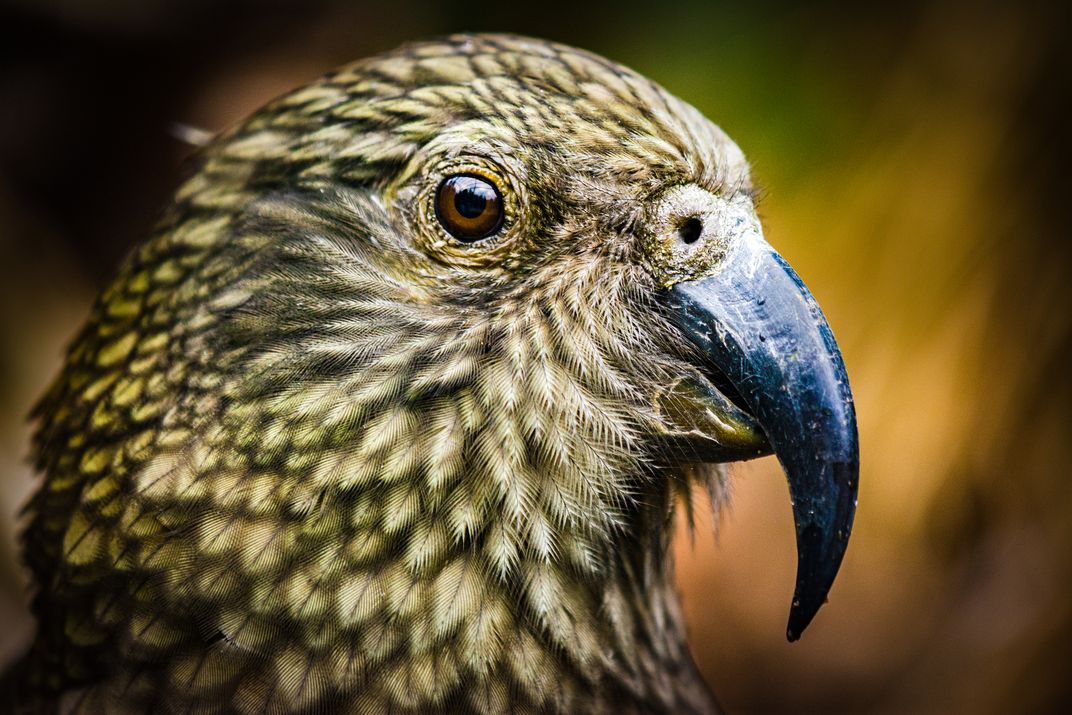 The Kea is considered one of the most intelligent birds in the world. They are endemic to the alpine regions of New Zealand, where the low availability of food has created natural selection for the smartest and most creative individuals. Today, they are highly endangered throughout the country due to introduced pests (who prey on their eggs), shootings from old-school farmers (keas are sometimes found preying on sheep) and poisoning (they're also found chewing on bits of rubber from cars and other unhealthy delicacies). They are also incredibly friendly, and may even be more prone to creating bonds with humans than other birds (especially birds that are not quite as gifted intellectually).