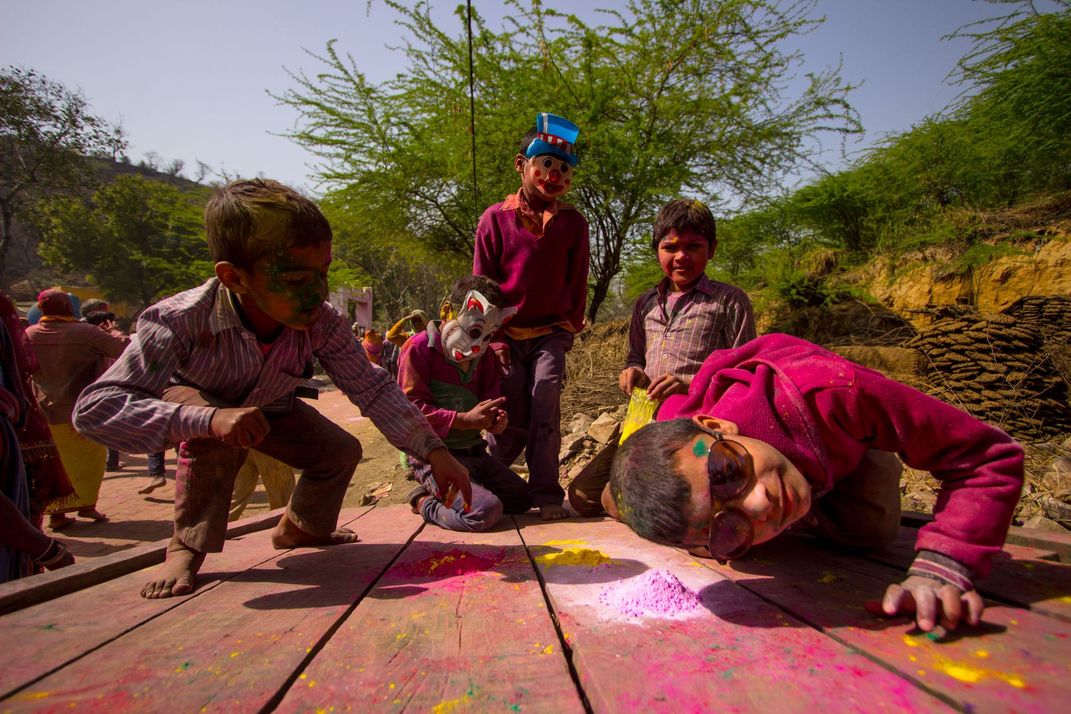 The most celebrated Holi is in the Braj region, especially in locations associated with Lord Krishna: Barsana, Nandgaon and Vrindavan.Holi at Barsana, the birthplace of Radha, a village, 42 kms away from Vrindavan, is of particular interest. Here, men from Nandgaon, the land of Krishna come to play Holi with the girls of Barsana and hope of raising their flag over Shri Radhikaji's temple. But, instead of colours they are greeted with sticks by the gopis. Hence, this Holi gets its name – Lathmaar Holi. Smart enough, men come fully padded as they are fully aware what kind of welcome awaits them and also the fact that they are not allowed to retaliate on that day. In this mock battle of sorts, they try their best not to be captured. The unlucky one's however, are forcefully led away and get a good thrashing from the women. All in the spirit of Holi.