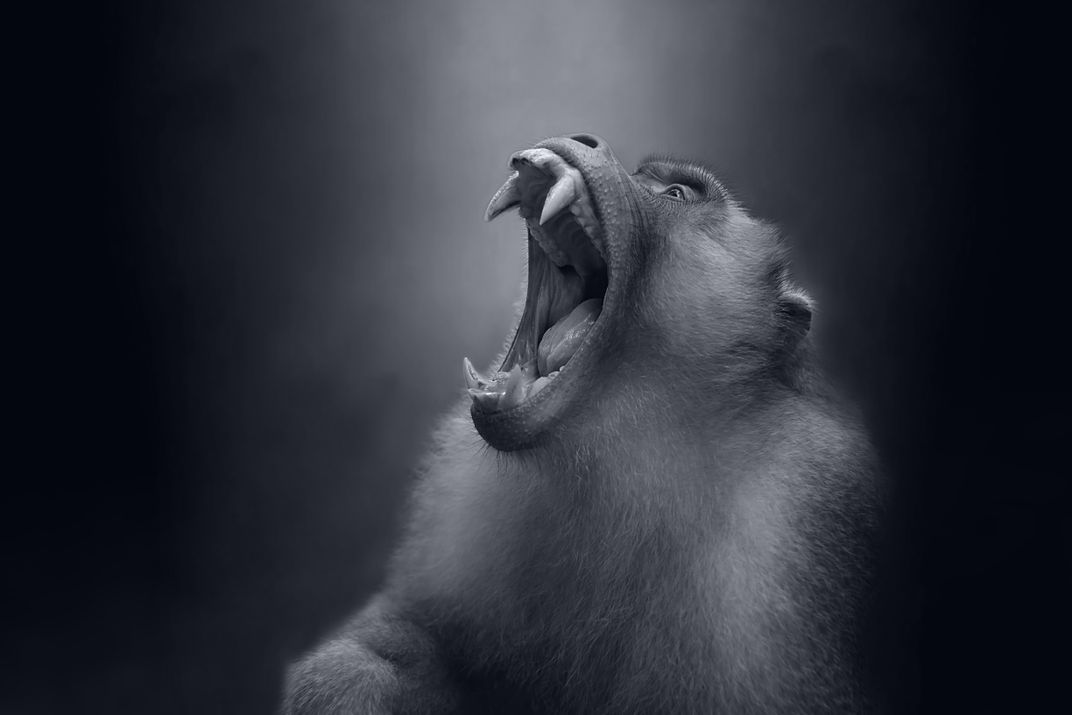 This individual is the dominant male of a troop of urban monkeys. They live on the outskirts of a golf course in the capital city, Kuala Lumpur, Malaysia. After the forest was cleared to build the golf course, the monkey troop stayed because they had nowhere else to go. A small patch of forest remains as their last refuge. Monkeys are often regarded as pests because they rummage through garbage and sometimes break into people's homes to find food. This indivual and his family come down from the branches daily as people bring them food. Most of the time, people bring sugary drinks and junk food. The monkeys are sometimes victims of violence and abuse at the hands of humans.