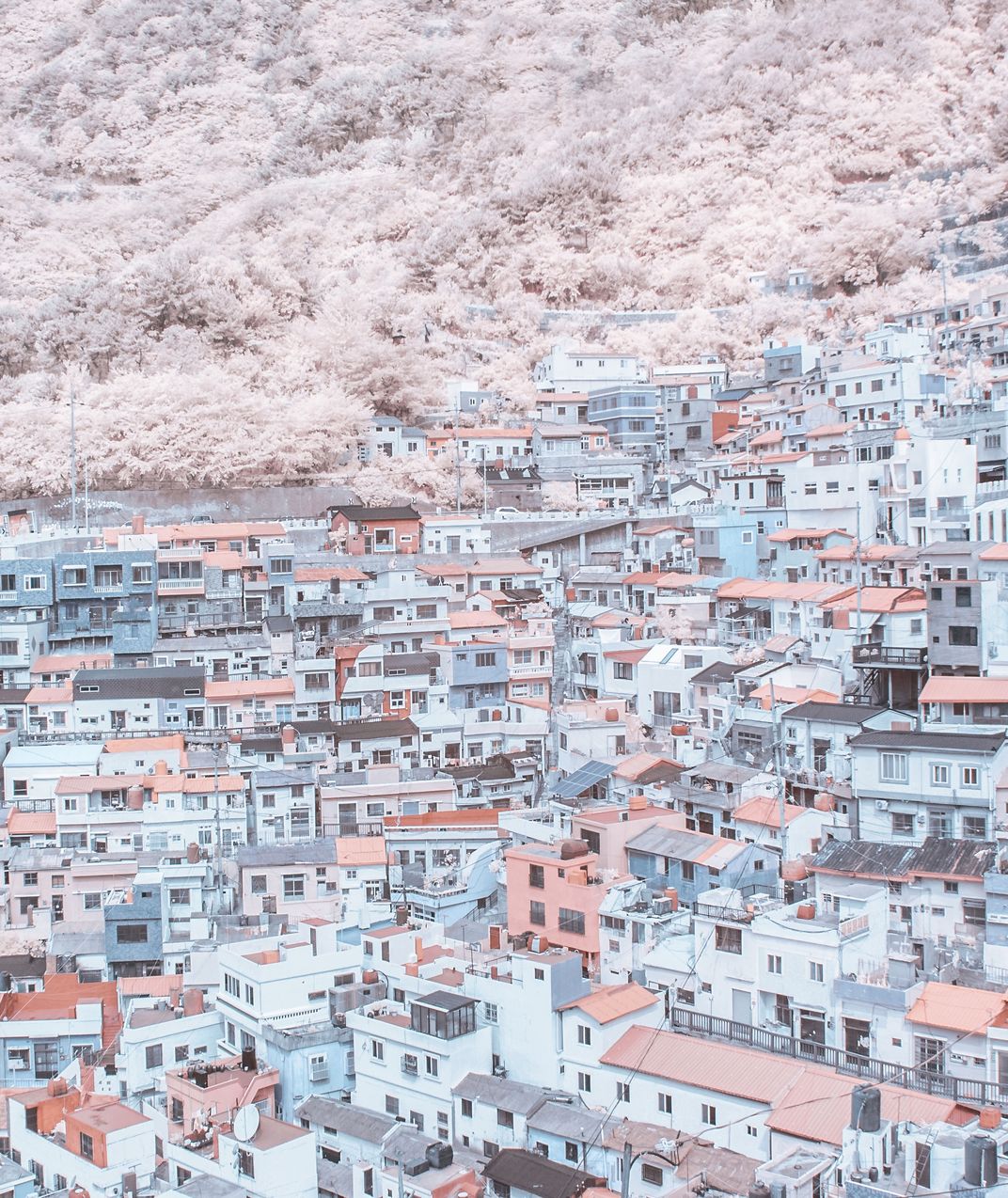 Taken in summer 2019, in the frame is Gamcheon Culture Village, located in the Korean coastal city of Busan, which is the epitome of beauty and chaos, all rolled into one. Gamcheon Culture Village was originally a shantytown that was settled by refugees of the Korean War and followers of the Taeguekdo religion. In 2009, Saha district received funding from the government to renovate the village into a super colorful arts district. Since the village sits between and occupies the sides of two hills surprisingly close to the sea, the narrow lanes and staircases cutting through town are extremely vertical in most places, which is why the village has been predictably dubbed such things as the “Machu Picchu of Busan” and “Santorini of South Korea.” The photo was captured by a converted 720nm infrared camera, which results in the "sakura effect" of the trees, and at the same time also blocked out some visible light so the houses appeared desaturated and pastel.