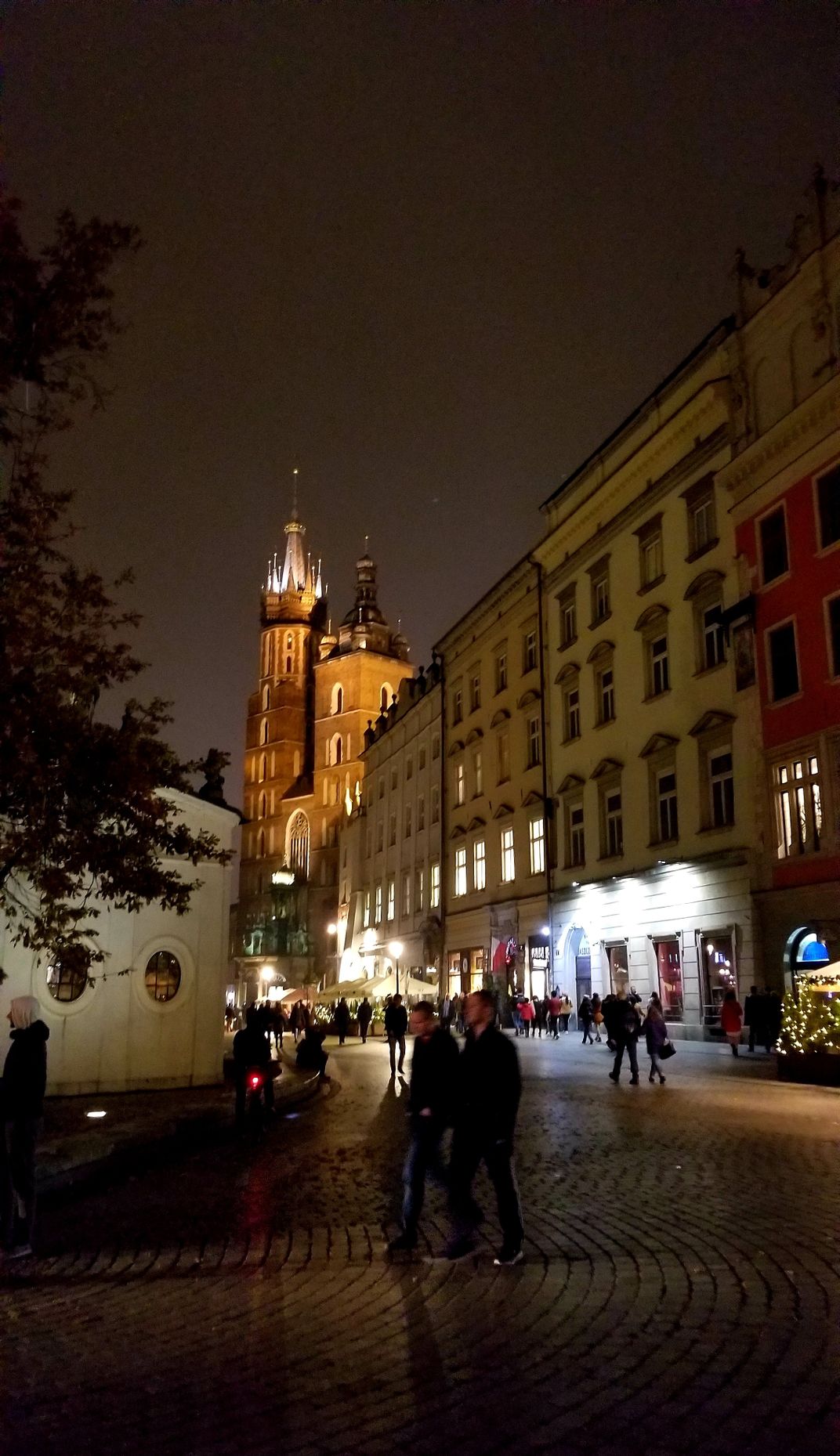 While enjoying an after dinner walk through the streets of Krakow, we came upon the magnificent sight of St. Mary's Basilica, a UNESCO World Heritage Site. It is an especially fine example of Polish Gothic architecture, constructed in the 14th century. As we rounded tbe corner, a trumpet signal—called the Hejnał mariacki was playing from the top of the taller of Saint Mary's two towers. The tune broke off in mid-stream, to commemorate a famous 13th century trumpeter who was shot in the throat while sounding the alarm before a Mongol attack on the city.