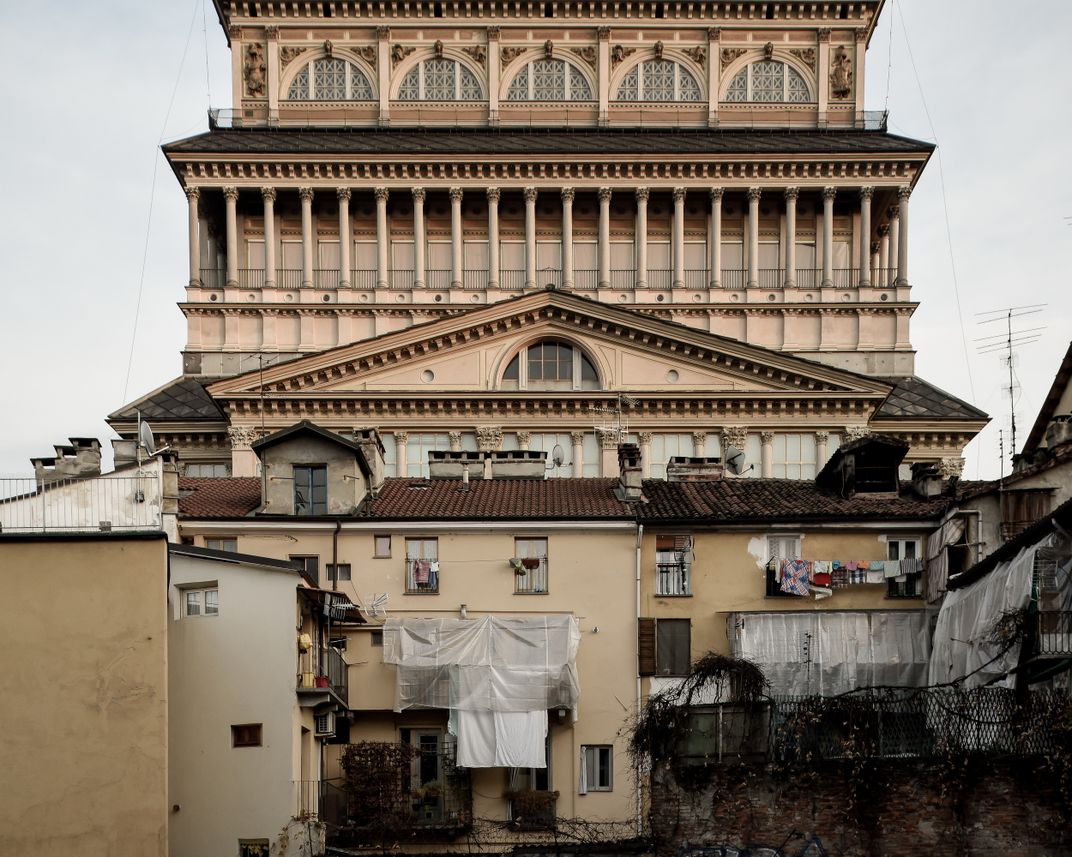 La Mole is one of the weird building in the world. Located in Torino, this building was initially designed to become the main synagogue of the city. But during the construction, when the clients discovered the project for real, they where frightenned by the gigantism and the scale, and they decided to stop the construction. The city had to complete the building itself. It houses now the national musuem of cinema and has become the proud landmark of Torino. The contrast of scale at the basement of La Mole is particularly strong with the popular historic part of the city.