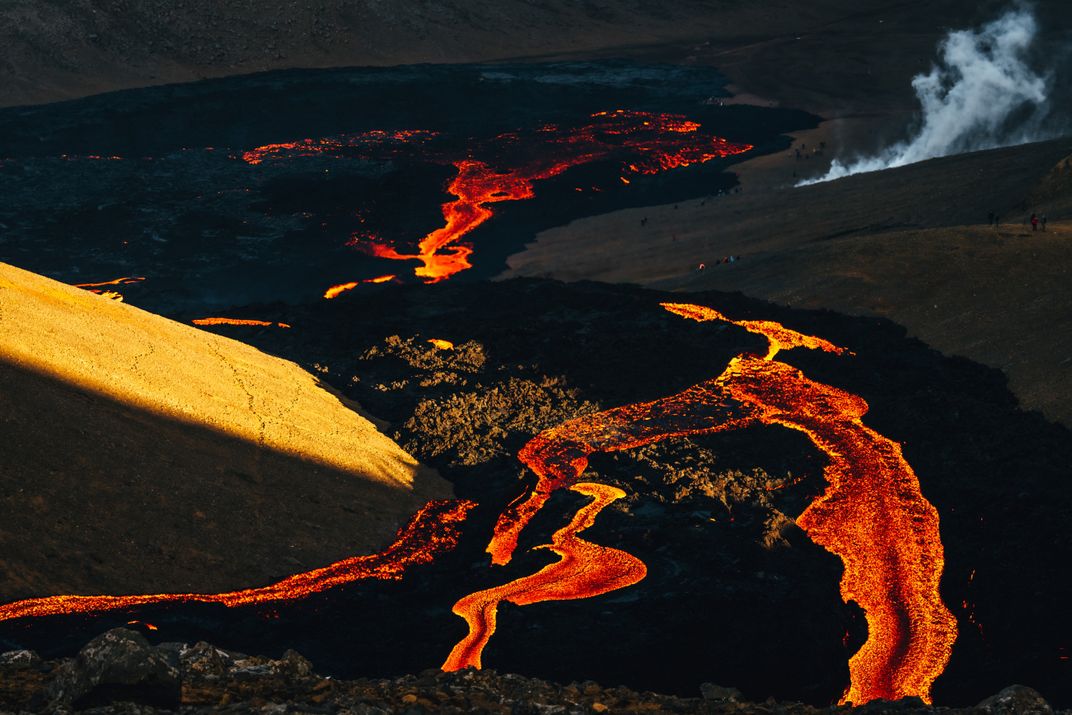 Volcano eruption in Iceland. As you probably know there was a beautiful natural show of fireworks in the country. Volcano eruption broke out at Mt. Fagradalsfjall in the valley Geldingadalur on March 19, 2021. Geologist considered it as a small eruption and that it wouldn't even last the night but later they have predicted that it's a probably a shield volcano that could last for many weeks or even serevral years ( Nobody knows it for sure). The volcano changes everyday. When my friends went there the volcano was exploding with lava, it looked like firework show. I was working and couldn't go there, as soon as I got some days off I hitchhiked some hours to Reykjawik to see it. Well, the day before the hike, lava cut the hiking path and there was no possibility to see volcano in front with lava going out. The volcano grew a lot and all lava which accumulated inside was flowing down to the valley. Sometimes I saw jumping lava (just little jumps). We did 2 hikes (route B and partly route A) and admired volcano covered by smoke and amazing rivers of lava. Interesting facts: Fagradalsfjall = fagur (beautiful), dalur (valley), and fjall (mountain). The name Geldingardalur comes from Icelandic words of gelda (castrate), dalur (valley).