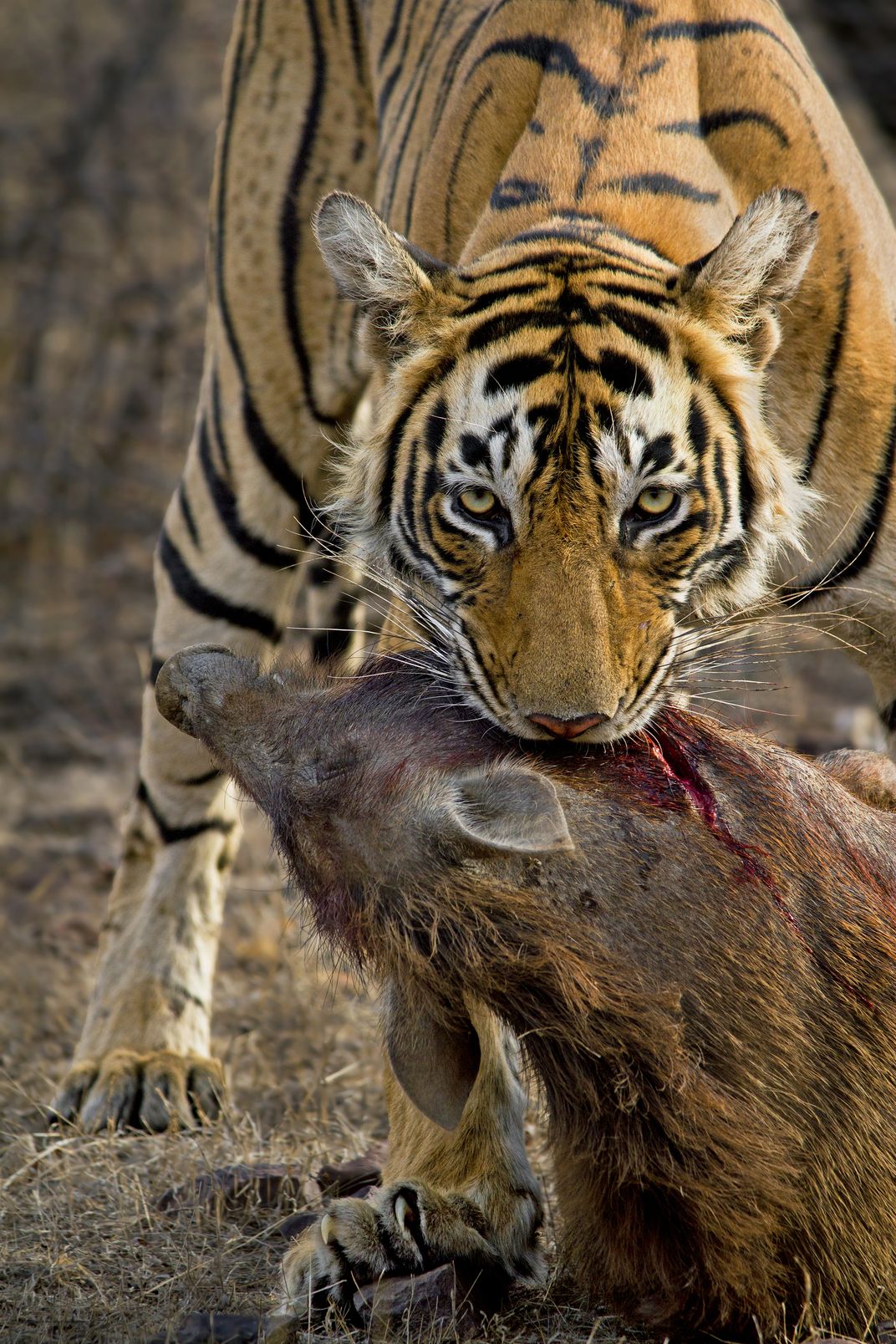 Tigers rule Indian Jungles. Here I have photographed a young female Tigress named 'Lightning' who had killed a female Wild-Boar which was going to become a mother soon. The Tigress dragged the kill through the jungle and was headed towards her resting spot. She did not remove the clutches of her canines from the boar's neck even after dragging the heavy body. The reason being the movement of fetus inside the womb of the Wild-boar. The Tigress was confused if her kill was completely dead or not.