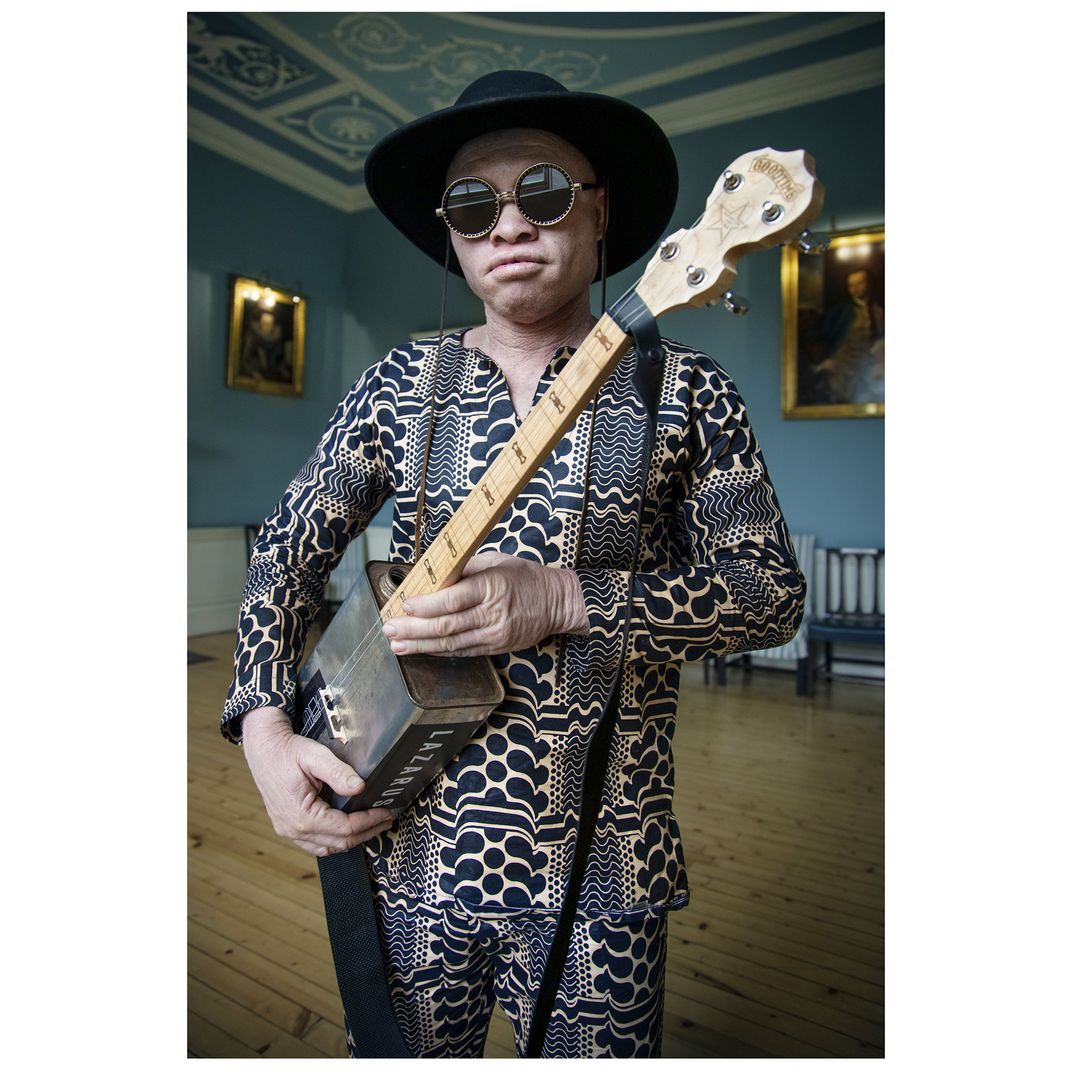 Lazarus is a former street musician from Malawi, Africa. He was born with albinism and because of this has faced extreme prejudice and violence because of the stigma attached to his condition in his society. His music caught the interest of a Swedish music producer, who went to Malawi to record an album. this has led to Lazarus being recognised internationally and he now travels performing and raising awareness of the plight of people born with albinism in Malawi and other East African countries.