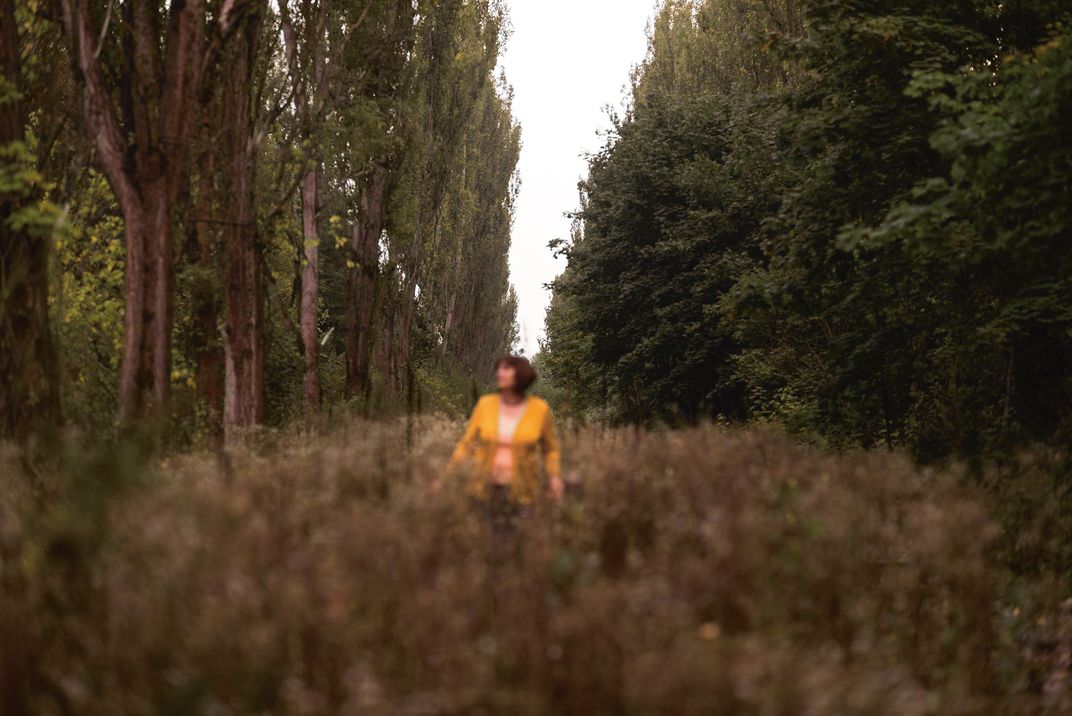 My mother, Marina Rudya, on the what once were the main street of the now ghost-town of Prypyat/Pripyat, Ukraine - Lenin Avenue. From the series "Prypyat mon Amour" which follows people who, like myself, were evacuated from the now ghost-town of Prypyat/Pripyat, after the infamous nuclear accident at the Chernobyl Nuclear Power plant in 1986. My goal was not to show the disastrous aftermath, but the emotional nostalgia of people, who returned to their hometown, where they were happy once.